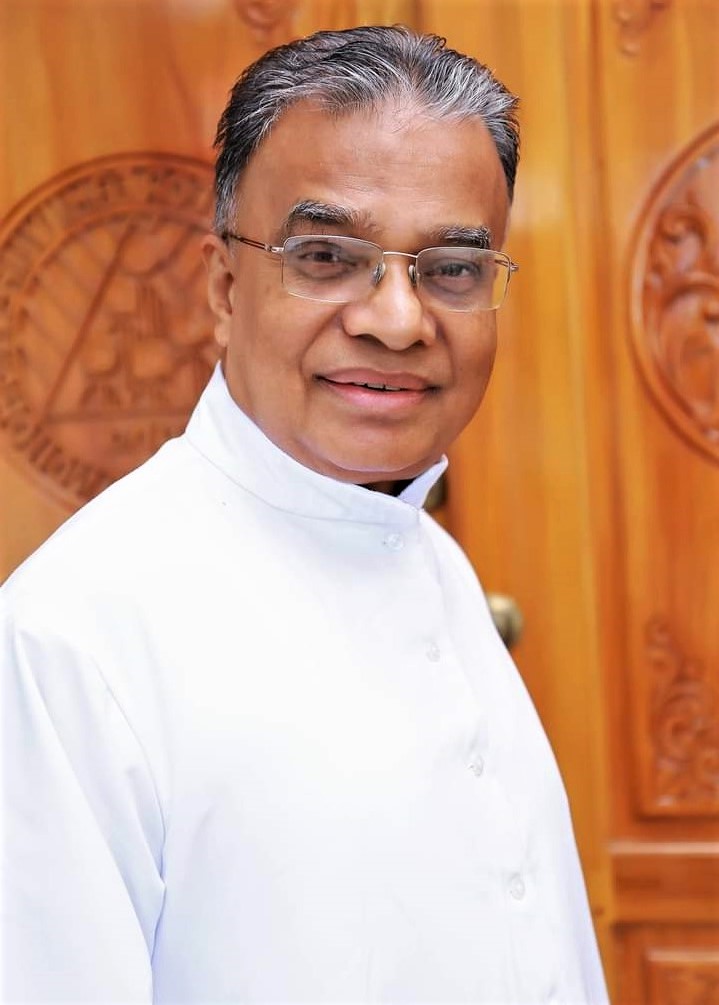 Today we talk about Christianity and the Tribal Societies of North East India,  a book by Thomas Kochutara published with our publishing house Europe Books.

Europe Books had the pleasure of interviewing the author Thomas Kochutara  to get to know him better, what is the meaning of “Christianity” and his influence on people’s life . He also told us of the moment when he got the idea for his book Christianity and the Tribal Societies of North East India.

India is a vast country with diversity of cultures, people, languages and geographical features. I am from the southernmost part of the country and had the opportunity to work in the north eastern part about three thousand kilo meters away from my homeland, Kerala. I was teaching theology to students, mostly from the seven north eastern states, predominantly tribal. Their character, their way of life, their interest in study, art and nature, these were all attractive. I had the opportunity to visit the different states and meet the people and enjoy the beauty of the land characterized by huge mountains, deep valleys, rivers, rivulets and fountains. Their struggles with nature, their determination to preserve their culture and beliefs, their response to modernization without losing their traditional life style, were all an eye opener. These gave me the inspiration to write the book throwing light on the land and the people and the treasures hidden in their life. They were also giving rich insights for theological reflections unearthing the human and spiritual values cherished by these people, capable of exerting tremendous influence on modern longings for happiness and peace.

I have written in a clear and simple style. My intention was to give the reader a true picture of the north eastern states and the people of these places. I could do this through my contact with the people, through the literature available and touring several places during the times at my disposal. As these states have obtained their autonomy and independence through long struggles, some of which are still going on, I could follow them and keep pace with the progress achieved by the people. As it was my intention to know more about the people and their cultural life I observed keenly the developments. Hence it was easy for me to give expression to my impressions about the people and the developments. So I have written about each state, its geographical features, its historical development, the culture of the people, and the problems they face in the modern world. Though there are similarities among the states concerning all these matters each chapter is unique in itself and without any repetition because each state with its people has its own identity. A clear grasp of the traditions, culture, beliefs and potentialities of the people has led me to deal with issues arising in today’s society. Hence the writing is realistic and thought provoking.

Christianity has rendered remarkable contributions to the development of the north eastern tribal societies. There has been tremendous response to it from the part of the people. I shall deal with three concepts to define Christianity which has exerted significant influence on their life.

From the readers of my book, surely I would like to hear words of appreciation. Certainly they will do it because the book leads them to the natural beauty of the sub-Himalayan mountain ranges and the tribal people inhabiting those hills. They will surely enjoy reading it because it is written in a narrative style, describing the features of the places, the adventurous life of the people, their social and political struggles for the formation of their states. In the first part each chapter is complete in itself as it gives a true and lively picture of the way people preserve their culture and tradition and religious beliefs, how they fought against the adversities of the natural forces and against foreign powers which tried to hold sway over them. It gives a true picture of their economic enterprises, agricultural practices and of buying and selling of commodities. It tells the story of the waves of migrations from time immemorial, their defense system to protect the identity of the tribe and the political structure, the village system and matrimonial practices.

The second part which is devoted to theological reflections is also easy to read and so will be appreciated. It is not any abstract theological discussions presented there, but it leads to the relevance and significance of the tribal ways of life and thinking for the modern people. It is also concerned with the progress and development of the tribal people and so it is a great help to understand these people and their sense of values, democratic institutions, and equality accorded to women etc.

I am grateful to Europe Books for accepting my work for publication. I appreciate the different stages it has gone through, letting it improve in quality. The Reader of the editorial board has patiently examined the work and made a beautiful evaluation showing the reasons for taking it up for publication. The other members as editors, graphic designers etc., have pointed out corrections and modifications for the perfection of the book. The production team has faithfully followed the time schedule and brought out the book, a paperback edition with high quality printer output on best choice of paper. I am sure, the book promotion team is making every effort for the marketing of the book, through press release, television interviews and book exhibitions. But I think it will bring much fruit if they also see to getting reviews for my book and post them on book seller sites. Amazon is showing my book on their list, but with the note that copies are unavailable. It is important to make the copies available at the Indian market. My association with Europe Books has left pleasant memories in my mind through the friendly relationship with its members who were always ready to cooperate and help.

Europe Books thanks the author Thomas Kochutara once again for taking the time and answering our questions. We are really pleased to have walked alongside him on the editorial path that led to the publication of his book Christianity and the Tribal Societies of North East India. We wish him the best of luck for this novel and for his future works.

To you, my dear reader, I wish you to let yourself captivated by the natural beauty of the landscapes narrated, as well as by the theological reflections that the author offers us with his book and to make them useful for your own personal reflections.