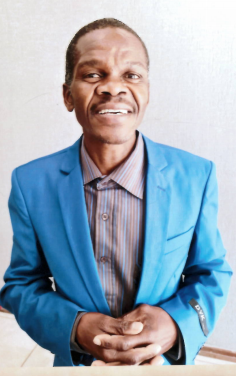 Today we talk about Dire Straits, a book by Indo Skosana published with our publishing house Europe Books.

Europe Books had the pleasure of interviewing the author Indo Skosana to get to know him better, his passion for poetry and all the meanings it carries with. He also told us how the idea for his book Dire Straits came naturally.

In literature, writers have two writing formats, which are prose and poetry. Prose has several components like drama, novels, short stories and non-fiction. Unlike poetry, these literary types treat topics in round-abouts ways. They keep readers in suspense in expressing an idea, informing, educating and entertaining until the climax and denouement. Poetry takes short cuts in doing all the above things. Poetry is a stand- alone category. The nearest kind of writing to poetry is melody or lyrics. But poetry still leads the charts in beauty. It’s difficult to actually define poetry, but the following quotations from different poets attempt to define what poetry is:

Poetry … a criticism of life under the conditions fixed for such a criticism by the laws of poetic truth and beauty (Matthew Arnold).

Poetry is the imaginative expression of the strongfeeling, usually rhythmical… the spontaneous overflow of powerful feelings recollected in tranquility (Wordsworth).

… the poetry of words (is) the rhythmical creation of beauty. Its sole arbiter is taste. Unless incidentally, it has no concern whatever either with duty or with truth (Poe).

Poetry is language that tells us, through a more or less emotional reaction, something that cannot be said (Edwin Arlington Robinson).

… the rhythmic, inevitable narrative, movement from an overcrowded blindness to a naked vision (Dylan Thomas).

I agree with all the above statements. I would like to add that poetry leaves an idea open to the minds of readers to make individual imagery more or less. Poetry opens vistas in folded mountains for minds to venture in pursuit of adventure. It’s a heuristic and fantastic expression of any kind. Philosophy, mythology, theology, aesthetics, and science are strong subjects in the literary repertoire with poetry treating those topics in beautiful rhymes for easier digestion.  Thus, the purpose of this book is to tackle serious human affairs and environmental matters in an acceptable manner. Wars with catastrophic effects on humans and infrastructure are taking place in some parts of the world while climate change wreaks its meteorological havoc on earth.So, I attempt to add my literary voice to the goings-on in the globe.That’s the main purpose of the collection (Dire Straits).

At primary we recited poetry, at secondary we started to analyse poetry. But little did I know that one day I would be one of the poets. All the while I was fond in reading newspapers and magazines. Having realized that I my orientation was in reading and writing, I formally pursued literature at tertiary level to continue with my inclination. Passion is a natural progression to a career. Right, at college, I studied literature as a major subject and journalism as minor subject. Creative writing involved short story writing anddrama. I explored writing poetry after graduation in 1995. I taught myself writing poetry by actually writing poems and I would send a poem to any medium that considered poems. My first poem to get a positive verdict was the one entitled Pilchards on a radio program in 1999 where I won a Panasonic cellular phone. Although I never got hold of that phone from that radio station, my spirit soared above the materialistic gadget. I continued writing poems with more vigour without any idea of a book or title.  More poems were accepted for publication by Poetry Institute of Africa, including one Afrikaans poem because the institute considered all poems written in English and Afrikaans (both traditional South African official languages).With the National English Literary Museum and the South African Human Right Commission accepting my poems, it was then that I considered to pursue a solo literary project. I fathomed a theme for the project. Dire Straits seemed to be an appropriate theme and thus, Dire Straits was born. Several publishing houses became interested in producing and publishing the project, but money was hard to come by until Europe Books came to the party. The rest, as they say, is history. So, the idea for this book was never a once off idea, but it came naturally with the improvements of my writing of poetry. During the same period, I continued writing non-fiction. I’m sitting with six manuscripts as of now _including an Afrikaans poetry manuscript with 24 poems. That’s why I have decided to devote my time to my literature. After all, employment is hard to come by at this economic period.

Reading is the flip coin of writing. When not reading, I’m writing and vice versa. So, when a certain idea crosses my mind, or a new word intrigues me, I sit down and play with words until I find the right concept. As a content creator, I develop the concept to into an interesting literary piece. Sometimes I run out of raw writing materials, but I would still open my laptop, instead of waiting for more writing stuff. Writing ideas would come there and then, otherwise the ‘writing block’ might continue for some more time. The so called ‘writing block’ is not an issue for me. Once I start writing, the literary momentum carries me so much that I don’t easily feel fatigue, until I have processed and exhausted all the raw writing materials.So, I can’t say that I have any special or unusual habit while writing, except the writing habit itself. Writing to me represent more than one thing:

Well, the video footage depicting a large number of civilians scrambling to board a departing military airplane at Kabul International Airport in Afghanistan in August 2021, revealed strong emotions ordinary Afghans harbour against the upcoming government of the Taliban. They clang onto the sides of the plane and raced with it on the hangar or tarmac,for dear life (or is it death?). Similar scenarios might be playing themselves out elsewhere in other parts or the world. On the environmental front, intense weather phenomenon is catastrophic many parts of the world. Frequent earthquakes add to the natural fury. This gives a bleak environmental future. Our mother seems crying foul. But, by cooperation, humans can tame the environmental fury. Vaccination for Covid 19 across the world continues as a race against the continuing infections and deaths. But ultimately, human ingenuity triumphs over pandemics. Many countries are reviving their rocked economies as a result of the pandemic. Vaccinations are spread and distributed to all countries, irrespective of their economic status on the globe. The fear that gripped the global citizens at the beginning of 2020 with the arrival of Covid 19 has been allayed by the dissemination of veracity against fallacy and the innovation of appropriate vaccines.

Yes, I might write more individual poems, not another book because it’s a marathon. Mind you, I have already written ten more poems since December 2020 which I hope to incorporate into the existing book. I hope to include the ten poems when the opportunity to do so (like the second edition) comes up.

Europe Books thanks the author Indo Skosana once again for taking the time and answering our questions. We are really pleased to have walked alongside him on the editorial path that led to the publication of his book Dire Straits. We wish him the best of luck for this novel and for his future works.

To you, my dear reader, I wish you to grasp all the messages and concepts that the author wants to send out with his book and make them food for your thoughts and for your everyday life.