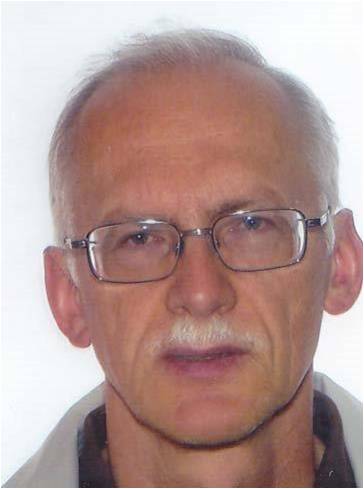 “Stay!” he ordered and approached slowly the corpse. Now, Nufira also saw the dead horse laying on the way showing its torn-open belly. A thick cloud of flies was circling over it, uncountable insects and small scavengers approaching for a feast. The stench was clearly perceptible, and she was holding her nose while watching Zhor, her master. He had stopped some steps off the corpse and was watching attentively in all directions to protect them against surprises. The light bushes on both sides of the way, becoming thicker in some places, offered sufficient cover for attackers. Finally, Zhor climbed down, passed by his horse and approached the man laying some steps further on the way. He bent over him, examined him briefly, straightened up, looked down the way till the next bend and called out to her: “Another dead horse and another man!”

Today we talk about A Way Without an End, a book by G. B. Zechendorf published with our publishing house Europe Books.

Europe Books had the pleasure of interviewing the author G. B. Zechendorf to get to know him better and what has brought him to the writing of his book A Way Without an End.

Actually, there wasn’t one specific moment. I have written a few fantasy stories years ago (but not published) from which I have borrowed elements and used to create a completely new story with a girl as heroine, without any kind of magic (except love). Habitually, I start writing when I feel to be in the right mood for creating. I love story-telling! Indeed, I have started writing short stories during boring hours of evening-shift service at a library. Later on, I used those stories for a SF magazine I have founded and run for two years. Occasionally, I have used spare time to develop new ideas and stories, getting increasingly longer to become real novels.

I never use any specific personal (or other people’s) experiences. My creations are just springing up from my mind, whenever I have an intuition of a good beginning, a convincing personality and a vague idea for a convincing plot which I would develop alongside during writing (1-3 months). Often enough, the story and the ending might surprise me as much as the reader. Nevertheless, I am using features of persons I have known without depicting those persons in detail, however. Furthermore, I am using interesting places or towns I have visited or lived in to set up whole stories or parts of.

Generally, I try to find a catchy title making allusion of a main feature or topic of the book; or story, often adding a sub-title giving a more precise idea of what the reader might expect. The main feature of the present book (A Way Without an End) is the heroine’s business i.e., passing messages, speaking to important persons, hence riding through the Empire. Therefore, the way is the key metaphor of the story. And, depending on new developments and, consequently, new orders, there will never be an end to her way. The sub-title (Proud to be the King’s Messenger) is not only describing a bit more the person, but can also be considered as indicating the first part, if ever there will be a second one.

Great. It is so difficult to get published, and the competition is certainly tough, I feel satisfied, rewarded for years of work, and quite motivated to continue writing. Anyway, writing is part of my life. That means also that I have rarely a specific reader public in mind when I am developing a story, although I pay intention to style, vocabulary and level of abstraction, according to the subject. That is indeed, a useful criterion for defining the adequate group(s) of readers. In other words: I am writing such a large range of various fiction and non-fiction books that I cannot really focus on one single group of readers.

Yes, due to the Corona epidemic, I have had time to write, or rework, several manuscripts over the last two years. Those include: “Me, the escort girl” (NO pornography –a fictive autobiography about women’s dependency on men); “Where logic is different” (a humorous SF novella about a strange planet inhabited by a range of intelligent creatures whose main pleasure is shopping);“The Shadow” (a secret-service novel about power and vengeance);and “Beyond the future” (non-fiction book about the possibilities and limits of forecasting). I have also developed a sequel to “A Way Without an End” (unfinished). During the same period, I have written a non-fiction book in French about art in the Brussels’ Metro stations (“La Galerie souterrain”).

Europe Books thanks the author G. B. Zechendorf once again for taking the time and answering our questions. We are really pleased to have walked alongside him on the editorial path that led to the publication of his book A Way Without an End. We wish him the best of luck for this novel and for his future works.

To you, my dear, reader, I wish you to get involved in the story of Princess Anila and her great skills that have allowed her to recover an entire kingdom. I hope that this book will also allow you to reflect on the strong example that women represent in today’s world, where, although still often penalized, they have a great tenacity and courage to claim what is right in everyday life and what is worth fighting for.

So, my dear reader, all I have to say is to enjoy this very adventurous and engaging reading!

A Way Without an End Europe Books G. B. Zechendorf