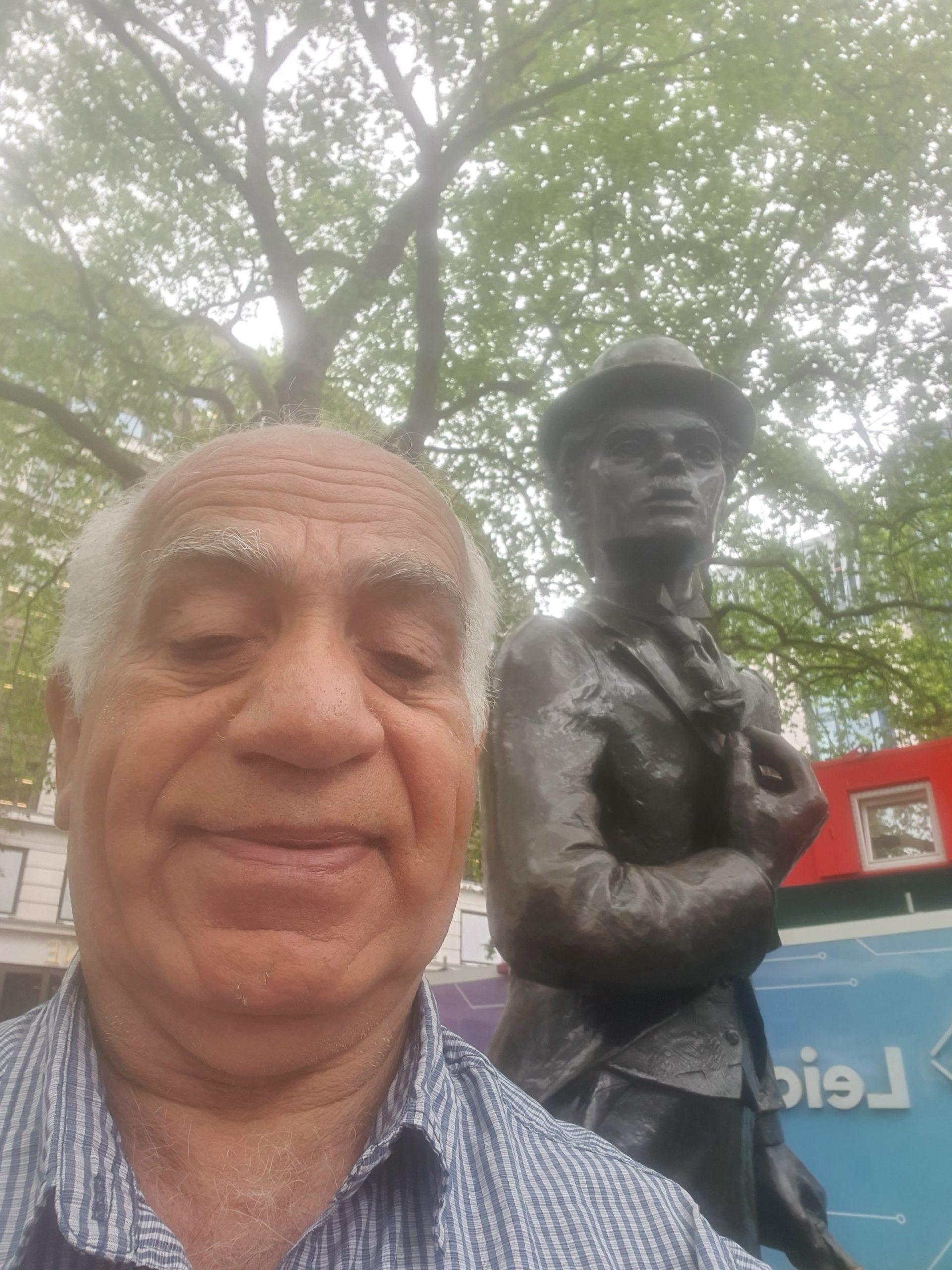 Today we talk about Religion, politics and ethnicity in Iran: investigating the case of the Sunni Deobandis, a book by Hoshang Noraiee, published with our publishing house Europe Books.

Europe Books had the pleasure of interviewing the author Hoshang Noraiee, to get to know him better, when he decided to write his book Religion, politics and ethnicity in Iran: investigating the case of the Sunni Deobandis, as well as how he chose the title of his book.

For some years, I have been following the events on political Islam. I have published several articles regarding politics and education in Islam, particularly Deobandis and their educational activities among females, both in Baluchistan and the Subcontinent of India. These publications became a starting point to extend my research further, covering a wider range of issues focused on Deobandis in Iran. About 4-5 years ago, I started gathering more documents and data through secondary sources and contacting many informants who could provide me with both secondary and primary data. Nevertheless, it was not an easy step because many religious authorities were concerned about accepting interviews, or correspondences, with researchers working from abroad. This limitation was understandable due to the political barriers that existed in Iran. However, with an agreement to keep their detail anonymous, I managed to gain some documents and information through communication with several clerics and religious activists I knew from before. During this period, I was also working on some other projects, as the result of which I published a book in Persian based on some historical events on socio-political issues in  Baluchistan.

The main themes are: Deobandi as a contemporary movement, break from folk religion and traditional Sufism, redefining Deobandism over time and space, responding to challenges from state ideology, ethnicity and Deobandis, the rationale for the growth of institutions and religious figures, education of radicalism and tradition, Identity formation among Deobandis. Considering these themes, I have clarified the objective as:

-Exploring continuity and changes in social and political conditions, which influenced Deobandi ideas in Iran and the region.

-Interaction of Deobandi Ideas with the Iranian government institutions and authorities representing the dominant version of Shia ideology in post-revolution Iran started in 1979.

-Exploring the ethnic connections of Deobandis with the Baluch in South-East Iran and interaction with other Sunnis in the area.

-Dramatic growth of Deobandi institutions, such as educational boards and programmes, madrasas (madares), mosques and Eidgahs (Eid prayer fields), to strengthen Deobandism as an identity.

-The interpretation of historical events to build new Identities.

-Exploring militant Islam in educational and political spheres among the Deobandis in the area.

-Looking at the possible consequences of these developments in the future.

As I mentioned in previous questions, the book covered the issues in a context where Iranian political Islam emerged and, as a crucial factor, involved in shaping the ways the ethnic-religious groups, particularly Sunni Deobandi, responded. The Deobandis searched for building Identity (identities) through opportunities and challenges they encountered in post-revolution society. Initially, I had chosen the title of “Religion, Identity and Politics in Iran: Identity Building among the Sunni Deobandi Clerics in Baluchistan”, but later, I noticed that Identity had been overused in current literature, so I changed it to the existing title. I believe this title reflects the contents, and in combination with the cover design, it shows the process of transformations that occurred in religious approaches, mainly dominated by Deobandis. However, Deobandis are dominant in Baluchistan, but they are not confined to this area. Deobandis, however, to a lesser extent, are also active in other parts of Iran, particularly in Khorasan and Golestan.

The book helps the readers to gain further insights on political Islam and the current and potential conflicts in Iran and, to some extent, in Pakistan and Afghanistan. The readers will enjoy reading the book and gain knowledge regarding some key religious factions currently dominating political Islam in Afghanistan. Deobandism is the dominant political Ideology supported by widespread institutions inside the country and, importantly, in Pakistan.  The book is highly informative regarding the Deobandis’ ideas and institutional activities and explains how the clerics gained such a high status in the area. Those interested in potential political and social conflicts influenced by the Taliban and their political and ideological approach will find the book very useful. Sistan and Baluchistan, where most Deobandis are settled in Iran, geopolitically is a sensitive area. The area, which is also adjacent to the Persian Gulf and Oman Sea, is a fertile ground for militant Jihadis to establish their activities in the region.

I am keen on studying ethnicity, nationalism, and power structure in political Islam. I am thinking about working on comparing the structure of theocratic Political regimes in Iran and Afghanistan. Since both are governed by Islamist forces and have some similarities, both regimes claim that their political and judicial systems are based on Quran, Hadith and Sharia rules. However, still, in many aspects, they act fundamentally different. How can we explain these similarities and differences? Are differences in religious ideas among Shias and Sunnis sufficient to get an answer? Or do the broader historical, social and political influences combined with global and regional become more crucial in answering such questions? Possibly but again, it is not easy to gain the answer entirely from religious approaches.

Europe Books thanks the author Hoshang Noraiee once again for taking the time and answering our questions. We are really pleased to have walked alongside him on the editorial path that led to the publication of his  book Religion, politics and ethnicity in Iran: investigating the case of the Sunni Deobandis. We wish him the best of luck for his book and for his future works.

To you, my dear reader, I wish that this book helps you to acquire further information and knowledge on Deobandism and political Islam, on the conflicts in Iran, Pakistan and Afghanistan, Sistan and Baluchistan. May this reading allow you to make new reflections on this new knowledge.