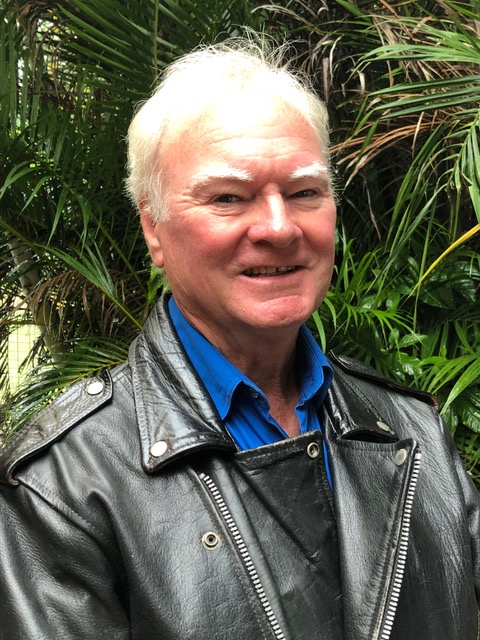 Today we talk about View from the clock tower, a book by Frank Burkett published with our publishing house Europe Books.

Europe Books had the pleasure of interviewing the author Frank Burkett to get to know him better, how the idea of his book View from the clock tower was born, as well as how he describes his writing style.

The book had its genesis in Queensland’s unique environment. On the one hand there is a stunning, tropical landscape, and on the other a wealth of fascinating characters. When you combine the two, you have the setting for a great novel. So what triggered the Italian connection? Italians are the main stay of sugar growing in Queensland, and are backed by an Irish community that has strong ties to the public service. My own family of Irish descent lives in Queensland. Shortly after World War II, an immigrant from northern Italy met and married my father’s sister. They lived together happily and had a wonderful family. But … what if I, the author, reversed the roles? What if the male character was an Australian war hero who fell in love with and married the daughter of Italian migrants? What if these migrants jealously guard their daughters and expect them to marry within the Italian circle? What if the young couple died in mysterious circumstances? What if the orphan son doesn’t believe the official report? What if the characters he meets have their own dark story? And what if, to his peril, he falls in love with a beautiful Italian girl?

I would like to know which part of the story readers enjoyed most. When the book was in draft form, it was viewed as a crime story (thus the British Crime Writers Association short-listing). This was understandable because the book opens with the murder-suicide of a couple whose son Jack is thrown into an orphanage. Jack’s search for the killer forms the basis of the story. Who committed this crime and why? However, there are other key elements. For example, the two romances:firstly, Jack’s father and mother twenty years earlier; and secondly, Jack (now a young man) and his pursuit of an Italian cane farmer’s daughter. A third element is the racism that was common in Queensland before the war, especially in the person of one certain cop (Jack’s uncle). Does the overcoming of this racism appeal to readers? Does the fact that Australia and Italy were at war with each other, and the tension this caused in local communities, intrigue readers? Then again, did readers enjoy the interaction between the two male characters – one Australian and one Italian – who have secrets of their own?Finally, I live in awe of Queensland’s stunning landscape with its cane fields, rugged mountains and coral reefs. Do readers share that awe with me?

My writing style is not easy to define. I am fortunate to have a good ear for everyday speech while I also enjoy the benefits of a formal education. Significantly, my writing employs a natural cadence – like fine music – that makes for a pleasant afternoon ‘curled up in bed with a good read’. In addition, because I love Queensland’s tropical scenery, I love to describe it, which in turn influences my style. I also enjoy injecting humour into my writing. Scarcely a day goes by when we don’t hear neighbours use a funny word (often unintentionally), or we see funny characteristics in people on the street. Ordinary experiences that would appear as a mishap can always be viewed in a comical light. I think it is a skill of good writers that they can lift a dark story with funny interventions. I also like to vary my style with each change in the plot. For example, the descriptive passages with policeman Kevin Cleary are dark because he is an ugly man, while the interactions between the two suitors, Jack and Sam, are lighter and bolder.

Like any author, it is always nice to see one’s work in print; the pleasure in knowing that somebody else enjoys the story and characters that have lived for weeks (or months) in one’s head. All the same, I have spent a busy life in front of a keyboard. When studying for the London University diploma in dramatic art, we were encouraged to create small cameos of dialogue. When studying at Queensland University for a bachelor of arts, I had to write weekly essays, and when I began my career as a journalist, I wrote articles that had to be informative and (sometimes) entertaining. So, it’s not exactly a new experience to have people read my work. The difference this time is that the book is entirely a work of fiction, and to hold the book in my hand, cover image staring up at me, is a feeling of great satisfaction.

Having completed the first book, my intention was always to write a second, which is almost ready for publication. Again the story is set in the Whitsunday region of Queensland where the tropical colours are so alive they seem artificial. How can the skies be so blue, the rain forest so green, the soil so red, and the reefs so vibrant?  And how can the characters inhabiting this landscape be so much larger than life? The second book (called The O’Connor Protocol) shifts from the cane farms and rain forests around Calen to the more glamorous Airlie Beach, which attracts tourists from all parts of the world. The main character Tom O’Connor is the son of a pioneering family and owns a weekly newspaper. He discovers that events of the past have their outcomes in the future, and that the family protocol – it’s okay to lie and cheat for one’s brother – may be a hindrance in the face of modern developers, drug traffickers and revenge seekers. As with View From The Clock Tower, the second book is written with humour, sparkling dialogue and great characters.

Europe Books thanks the author Frank Burkett once again for taking the time and answering our questions. We are really pleased to have walked alongside him on the editorial path that led to the publication of his book View from the clock tower. We wish him the best of luck for his book and for his future works.

To you, my dear reader, I encourage you to immerse yourself and be captured by the intriguing events that happen to the protagonists of this story, where beautiful and captivating natural landscapes make this reading even more enjoyable.