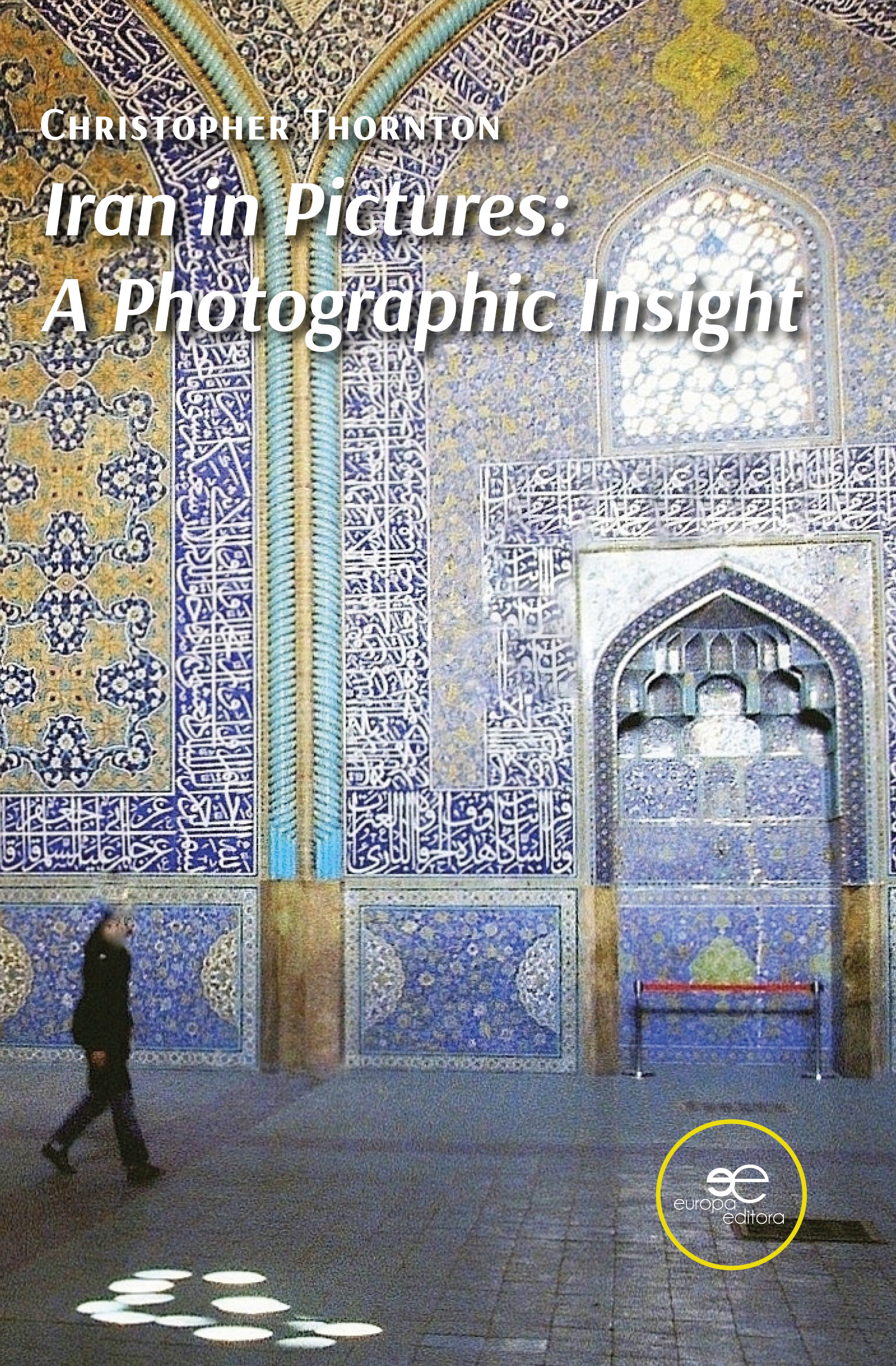 Today we talk about Iran in Pictures: A Photographic Insight, a book by Christopher Thornton, published with our publishing house Europe Books.

Europe Books had the pleasure of interviewing the author Christopher Thornton, to get to know him better, where he found the inspiration to write his book Iran in Pictures: A Photographic Insight, as well as how he would describe his writing style.

There wasn’t a particular moment that led to the production of this book but rather a period of time.  When I lived in the U.S., before relocating to the UAE, I had the New York Times delivered to my door every day, and from time to time I would read interesting feature stories on Iran that appeared along with regular news features.  (Since the 1979 revolution and hostage crisis Iran loomed largely in the American consciousness.)  These stories intrigued me, and told me, in more or less words—“This place is interesting.  There is much more to it than what we have heard.”   When I relocated to the UAE I set as one goal the aim to see Iran first-hand, and when the opportunity arose, I did.  I spent almost three weeks traveling around the country and was amazed by the disconnect between media representation and on-the-ground, day-to-day reality.  I couldn’t believe this was the same country, culturally and socially, that over the years I had heard so much about.  In the U.S., virtually all of the news focussed on politics, and mainly from an American perspective.  I had been told nothing about the culture, history, society, or people, what I have long called the “REAL Iran.” In the years that followed I returned two more times, to see even more of the country, and along the way took a considerable number of photos.  Some of these appeared with essays I wrote about my experiences, and eventually I wrote a book-length travel narrative—Descendants of Cyrus: A Journey Through Iran—which was published by the University of Nebraska Press in 2019.  The intention of the book was to portray the “REAL Iran” in largely narrative prose.  But since I had so many more photos on hand I thought—Why not produce a photo book, to present the “REAL Iran” in pictures?  The result is what Europe Books has now published.

This is very simple: Be open-minded.  Dismiss stereotypes.  Try to forget all you have heard, read, and seen.  Realize that the period of the Islamic Revolution represents only 40 years of Persian history—a mere asterisk within seven thousand years of that history.  Even in recent times there was another completely different Iran before Persian culture and even the Persian identity was co-opted (Iranians will call it “stolen,” hijacked”, “kidnapped”) by the present regime, which does not represent the true Persian culture in the least.

I try to make my writing accessible to readers but—naturally— with a touch of “literary flair.”  At times this may be described as whimsical/playful, at other times clear and direct, and occasionally a bit rhapsodic—whatever is most appropriate for the content at hand.  A reading experience should offer the richness and variety of a piece of music—not only is the information valuable but the manner (call it style?) in which it is conveyed, and this is an integral part of the reading experience.

Honestly, my experience with Europe Books has been fine.  The people I have dealt with have been reliable, responsible, and attentive, and have shown great interest in not only publishing books but actively promoting them, for the benefit of themselves (of course), but also authors and—most important—readers.

Yes!  I’m planning to write a next book on eastern Europe, focussing on the six countries of the former “Soviet bloc”—Poland, the Czech Republic, Slovakia, Hungary, Romania, and Bulgaria.  This would also take the form of a travel narrative, to describe the “New East” thirty years since the fall of the Wall.  The rationale for this topic is similar to that for my book on Iran—to present the “REAL eastern Europe” to readers unaware of how the East has been transformed in the three decades since the end of communist rule.  My first trip to this part of the world was in in 2010, and since then I’ve visited every country at least twice, and I’ve long called eastern Europe “the best-kept travel secret in the world.”  Why?  It has beautiful landscapes, a very rich history (and one very different from western Europe), loads of historic sights, picturesque Old Towns, a slower pace than western Europe (though that is changing), and—not to be discounted—it is much cheaper than other “Western” countries. So—in writing terns—that is what I next have in mind.

Europe Books thanks the author Christopher Thornton once again for taking the time and answering our questions. We are really pleased to have walked alongside him on the editorial path that led to the publication of his book Iran in Pictures: A Photographic Insight. We wish him the best of luck for his book and for his future works.

To you, my dear reader, I wish that this book enables you to open your mind and eliminate stereotypes with respect to all that has been said about the Persian culture; that what will be read in this book will provide you with food for thought and new perspectives towards the Persian identity.