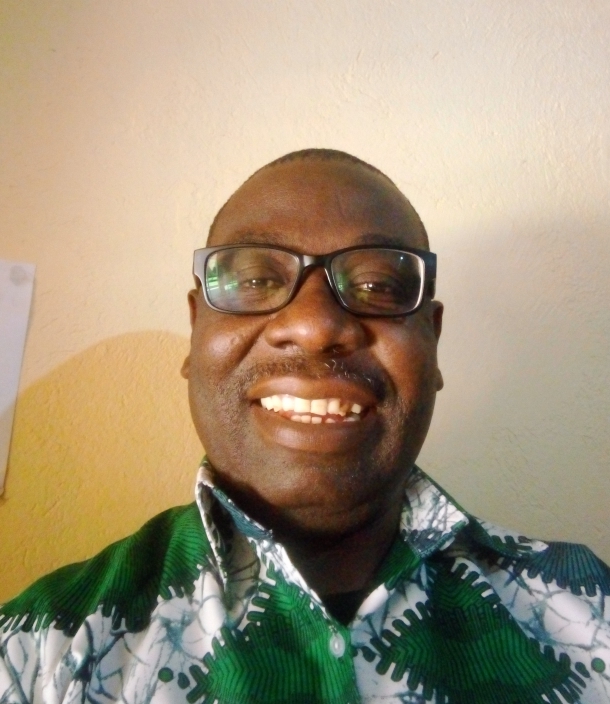 Today we talk about Of demons and angels, a book by Francis Chanda, published with our publishing house Europe Books.

Europe Books had the pleasure of interviewing the author Francis Chanda, to get to know him better, where he found the inspiration to write his book Of demons and angels, as well as what sensations he felt by ‘reading’ his life on the pages of his book.

The urge to write the book “Of Demons and Angels” came in 2018 while working as a lecturer at St. Mary’s College in Mbala town, the Northern part of Zambia, Central Africa. It was in August, to be specific, of that year when I thought I was gripped with the idea. Up until that time, I never thought I could bring myself any closer to such an undertaking as writing. Introspectively, such a thought could have sprung from a soul searching having been a priest for ten (10) years and now as a Catholic Christian and former priest. In my view, it is quite challenging to be a Christian and I mean in a real sense of the word Christian and more also as a Catholic priest. It is safer and comfortable, at least from my personal experience, to function merely as a good cleric; a real danger of approaching God with not as much attention but merely casually. In actuality, solely out of duty. When I mention that the book came as a result of a protracted soul searching and introspection, prayer must not be excluded in this regard and my conviction is that the illumination to embark on such a project has a lot to do with the latter than anything else. For this reason, I had indicated in the opening of the book: “This book, therefore, is not about me but the work of the Lord who gave me the inspiration, impetus and courage to put down things which on my own I could have not, and “Is not based on error, or impure motives, nor do we try to trick anyone” (GNB 1Thessalonians. 2:3).  It must be restated that the book was never intended to ruffle anyone’s feathers and, in the least, the hierarchy of the Church. It’s simply a sincere and humble “Attempt to assess the status quo” (Preface: Chanda, 2022) because if one has no courage to look in the mirror, there will be no ‘self-awareness’ and much less growth.

The main objective of the book is an attempt to bring about an awakening that Christianity is not a game or habit that is carried out with a care free attitude and approach. It is a way of life that must be undertaken with utter most commitment lived with consistency in relation to God. Secondly, Christianity and the Church’s life must be attractive with the aroma picked by the whole world. The Church ‘s mission in the world ˗ Church understood in the collective ‘we’ ˗ will remain largely a big joke if we pay a lip service to the call of holiness. It is only a righteous Church that could convince the unrighteous world about sin vis-a-vis the inaugurated kingdom and so, the kingdom of God must be within the Church (Luke 17:20) first and only then can the gospel take the world by storm. It is a call to dying to self on the part of the Church (hierarchy in this sense and meaning) and equally her members and anyone who is called by the name of the Lord. Simply put, the book wants to impresses upon everyone to make a choice either to be a demon or an angel. It is ether one belongs to darkness or the light because no one person can possibly be both, so is the Church. As a matter of fact, light and darkness have never been known to be on the same page. It’s either the Church is for righteousness or for sin by the way the members live their Christian lives. If one wishes, it is a call to live our Christian lives the way it was intended by the gracious good Lord with no compromise on the way.

If I were to talk about my life experiences that found their expressions in the book, I would say, the whole life from priestly ministry then, to the present. That is, my life as a priest then and now as a lay faithful. This is because, life is not a tale as secular literature would want us believe but a journey qualifying life as school with mistakes which are not only inevitable but to learn from. The tragedy would be if one does not learn from those mistakes the more reason for one particular life’s experiences standing out which came in August 2008 when I encountered the Living God. I was challenged to live my life in total commitment to Jesus of Nazareth. That experience could give a cue why sin is covered extensively in the book alongside with prayer life because sin is not only a negation of goodness but signifies no life. Another significant experience, could be, obviously being a priest for ten (10) years in the Catholic Church. That experience uniquely stands out and finds its expressions in the entire book especially in the first and second chapters. A priest has a huge bearing on the faith of his flock and beyond. A priest is not nothing. He is more than he can probably appreciate for he remains an instrument in God’s hands who continues to sanctify His people in an effort to lead them to back to Himself. Holiness of life therefore, is intrinsic to a priest’s calling. The significance of my experience as a priest at that time, could be in a form of a question: was I a holy priest? The book takes care of that question and by extension, the holiness of priests in the ministry.

Reading my own life as a priest then and now as a Catholic Christian and former priest, gave a feeling of honesty and truthfulness. As indicated in the preface of the book, the book itself was never intended to falsify anything to do with the Catholic Church or indeed to be an exaggeration of my own experiences as a priest then. It was, again to quote myself, “A genuine attempt to assess the status quo.” Christ calls the Church and her members to sincerity of heart. Honesty is a virtue of being loyal, truthful and trustworthy before God and fellow human beings. This calls for conversion of heart beginning with leadership in the Church so that the next time and whenever God looks at anyone of us and in particular the Church, God will do so without shame and embarrassment. There must be genuine and sincere attempts, structurally and spiritually to minimize embarrassments and shame which we have caused and brought upon the King of glory. Instead, God must be honoured in each one of us from the ‘greatest’ to the least of our brothers and sisters. The flock of God’s sheepfold must be genuine evoking praise of the Almighty God by merely the presence of the Church in the world. Reading my own life in the pages of my own book therefore, evokes a two-pronged reaction: one of which are mixed feelings not too sure of what I could have become had I continued in the priestly ministry. The other is of gratitude and indebtedness as the ministry of priesthood has helped me to live in this life with both eyes open.

As could be suspected, I am already working on the new project I have titled “Kingdom Next Door. Life in the Light of the Other World.” The new project seeks to leverage on the mind’s affinity inquisitiveness in trying to explain what the world to come has to offer in relation to the meaning of life. Kingdom Next Door as a book, will endeavour to offer a rare chance of an exciting ride for those adventurous enough to tiptoe into what lies ahead in the world next door: the heavenly city. It hopes to engage a reader into serious reflection on seeming basic questions about life such as, what are we doing here on earth? Questions of this nature and many others about life basic as they might appear, have a great bearing on the meaning of life and would aid humanity not to treat the body we occupy as if it were permanent. In any case, the questioning of life should be one major reason for the human race to unite to avoid anyone of us wandering about with no fixed destination.

Europe Books thanks the author Francis Chanda once again for taking the time and answering our questions. We are really pleased to have walked alongside him on the editorial path that led to the publication of his book Of demons and angels. We wish him the best of luck for his book and for his future works.

To you, my dear reader, I wish this book will be able to make you reflect with greater attention and knowledge of the facts on how Christianity must be lived, that is, with the utmost commitment, lived consistently in relation to God, without compromising on the road.

So, my dear reader, all I have to say is to enjoy this very interesting and reflective reading!