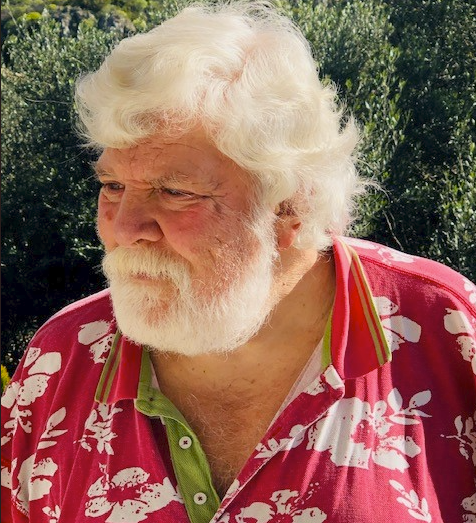 Today we talk about Pumpkins, silly boy, pumpkins!, a book by Mike Heath, published with our publishing house Europe Books.

Europe Books had the pleasure of interviewing the author Mike Heath, to get to know him better, the reason that led him to the writing of his book Pumpkins, silly boy, pumpkins! as well as how he describes his writing style.

I have been a Rolling Stones fan from the first time that I heard them in 1963. I liked the way that they weren’t dressed up in matching suits and were far from a lot of the “moon and June” type lyrics that were prevalent at the time. They had attitude and swagger and even though their manager set about deliberately to foster a bad boy image for the group, I didn’t care. The Establishment was starting to be questioned. Satire was “in”. The Stones were part of this movement and though I didn’t recognise a counter-culture movement in those terms I could see that changes were happening. I started to write this book in my head from the start and spent the next sixty years shaping it. Having seen the group six times from Hyde Park (1969) to Manchester (2018), I knew I had to express my feelings in writing to tell the world, if that doesn’t sound too grand. This is for fellow fans and for those who would like to know more the book is full of anecdotes and opinion rather than the straight” story of” approach utilised by most books.

Although I had been scribbling bits and pieces about the Stones for years, I had my first real book, a biography of a remarkable Fenland woman published last year. This was based on 25 hours of interviews, copying up the transcripts and researching what she had told me. My thirty-seven years as a history teacher had seen me writing many courses for secondary school students in which a balanced reasoned approach was always an important element in my writing. My Rolling Stones book does contain balance I hope especially when dealing with my soginistic lyrics for example. My style in this book is quite conversational. I used to imagine myself reading what I had written as if it was a lesson. I try to use humour whenever appropriate.

I cannot say that there is a book that has taught me something. I do like autobiographical books but they tend to be ghost written which puts me off.  At my Grammar school I really appreciated Dickens and Hardy rather than dissecting Shakespeare. Something about their descriptive powers. Nowadays I read historical crime books like the CJ Sansum series with Shardlake the hunchbacked lawyer who gets involved in events that really happened making the stories seem more alive. The two books I have written so far are wildly different and not consciously influenced by anyone. They do share the chattier conversational approach I have.

When I moved to Greece after retiring, I set myself the task of writing three books. Two have been completed and the third is one that I was denied permission to write my film thesis on Censorship as I would have to have access to uncensored material and that would be difficult. Right from that time until about a year ago I have collected things on this matter. Contraversial films, TV, plays, music etc have formed the backbone of this research. My cousin who was at Goldsmiths University was able to tackle this issue a few years ago and I gave her full access to my archive which helped her gain a very good outcome. I probably have far too many paper clippings, newspaper and magazine articles as well as a large DVD database of relevant programmes. I am still musing over whether or not to do it.

Europe Books thanks the author Mike Heath once again for taking the time and answering our questions. We are really pleased to have walked alongside him on the editorial path that led to the publication of his book Pumpkins, silly boy, pumpkins!. We wish him the best of luck for his book and for his future works.

To you, my dear reader, I wish that this book will rock your reading, thanks to the anecdotes and opinions here told!

So, my dear reader, I just have to wish you to enjoy your rocky reading!!!