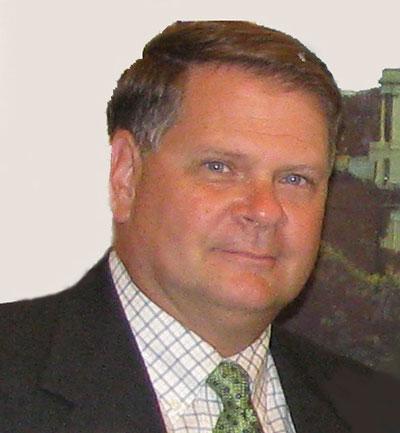 Europe Books had the pleasure of interviewing the author Gordon M. Hahn, to get to know him better, where he found the inspiration to write his book RUSSIAN TSELOSTNOST’: Wholeness in Russian Culture, Thought, History and Politics, as well as how he chose the title of his book.

The book idea developed from research I undertook initially in order to develop an idea that might provide a key or one of the keys for understanding Russian culture, thought, history, and politics, with the operating assumption being that culture (ideas, attitudes, and beliefs) is an important, perhaps the most important driver of history and politics. In the course of reading Russian literary, philosophical, religious, historiographical, and political texts, I frequently came across articulations of Russian authors asserting the existence or expressing a desire for wholeness, unity, integration – in short, tselostnost’ – in one form or another as discussed in the book. These articulations came not from incidental figures in the history of Russian culture but in the works of Russia’s most influential thinkers, artists, and historical and political figures. A very short list of well-known and influential Russian thinkers and artists would include: Pushkin, Dostoevskii, Tolstoy, Vladimir Solovev, Nikolai Losskii, Alexander Solzhenitsyn, Mikhail Gorbachev, and even Vladimir Putin.

It would be good if readers took away from their reading of Russian Tselostnost’ an appreciation of the complexity and depth of Russian culture, thought, history, and politics and Russians’ somewhat unique pursuit in each of wholeness, unity, and integrity – that is, tselostnost’. An understanding of this complexity, depth, and tselostnost’-shaped ideas, attitudes, beliefs, behaviors, and even social and political institutions and functions might impress upon Westerners, Americans in particular, of the hubris of attempting to transform cultures far more ancient and at least as complicated, sophisticated, and worthy of respect as our own. Perhaps it will suggest caution in this regard, given the enormous task of such an endeavour not to mention attempts to undertake it that include aggressive nudging, coercion, punishment, and ultimately military expansion, as has occurred under America-led NATO expansion and economic assistance and democracy-promotion programs. A side benefit I hope that might come from reading a book would be an appreciation of the power and beauty of Russian art, literature, philosophy, and religious thought.

There was a special problem in deciding on the title of the book. The main title – Russian Tselostnost’ – refers to both the Russian nature of the interpretation of tselostnost’ and the idea of tselostnost’ or wholeness as a whole, putting aside the pun. Beliefs in or aspiration to tselostnost’ is evident in all cultures, manifested in different ways and covering different kinds of tselostnost’. Aside from the fact that Russian thinkers often used the term or related ones such as the nearly analogous “tselost’” or the word “edinstvo” meaning “unity”, the word was a useful way of subsuming the four types of Russian tselostnost’ under a single term. Inclusion of the word ‘Russian’ in the title emphasizes the Russianness of the pursuit of tselostnost’. A close reading of the last chapter puts Russian tselostnost’ in comparative perspective by examining the presence one or more of the four types of tselostnost’ in other cultures. This chapter shows us that Russia’s pursuit of tselostnost’ is not wholly unique but has been certainly been far more comprehensive, involving all four types in robust form, than that articulated in other cultures, in which some types are missing or fleeting in influence.

Since political scientists and certainly historians and other kinds of authors of written works are dealing in the realm of the intangible, it is always a satisfying moment when such people see the physical manifestation of their labors. The book is in a way the ‘word made flesh’ or at least ‘the word made material’. Years of often painstaking reading, research, thinking, rethinking, writing and rewriting, editing and re-editing are synthesized down into the singular event of publication and receiving one’s first copies of the fruits of one’s hard work. Holding the book in your hands gives you the feeling that the endeavour was worth the effort and that even the hours spent isolated from family and friends doing such work requires might be positive in the balance. This, at least, is ultimately the hope that publication and physical handling of the material (as opposed to the virtual) book brings to those of us who toil in the fields of ideas and words.

Despite the publication of Russian Tselostnost’ and the lengthy treatment the book offers, I am continuing to research the idea of tselostnost’ in Russian thought and culture. A new idea I am playing with is that many Russians appear to be enticed by the idea of the ‘integrality’, unity, or tselostnost’ of Russian history. On the eve of the 100th anniversary of 1917, the year of the Russian Revolution and Bolshevik putsch, Russian President Vladimir Putin expressed the idea that all Russians should value all of Russian history. Although this clearly was an attempt by Putin to bolster patriotism and overcome the divisions that remain in Russian society as a result of the 1917 revolution as well as the 1991 collapse of the state and regime that revolution formed, there is some basis in Russian culture, thought, and historiography upon which one might promote such an idea. To be sure, this might be a hope against hope, given the pattern of repeating conflict in Russian history, but it is a reflection of that aspiration for tselostnost’ that my Russian Tselostnost’ pursues.

Europe Books thanks the author Gordon M. Hahn once again for taking the time and answering our questions. We are really pleased to have walked alongside him on the editorial path that led to the publication of his book RUSSIAN TSELOSTNOST’: Wholeness in Russian Culture, Thought, History and Politics. We wish him the best of luck for his book and for his future works.

To you, my dear reader, I wish this book will be of your interest and intrigues you in knowing and deepening Russian complexity, attitudes, beliefs, behaviors, institutions, social and political functions, as well as in appreciating the beauty of Russian art, literature, philosophy and religious thought.