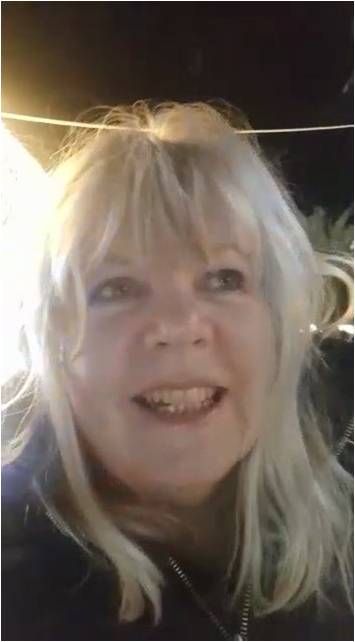 Today we talk about The moon ship, a book by A G N EYELL published with our publishing house Europe Books.

Europe Books had the pleasure of interviewing the author, A G N EYELL, to get to know her better, what is the message she wants to communicate with her book The moon ship, as well as if she sees herself in the protagonist of this story.

Ultimately the overall theme is that dreams do come true, if one is resolute in sticking to the path!  Few of us though, have that luxury in being able to fulfil our dreams without being distracted along the way, which is why this story has to have a little bit of magic. The other point that I wanted to bring out is that even pure hearted Georgiana was compromised by her own principles.  In the very beginning of the story, we learn that she has to make the choice between breaking a promise (her betrothal to Prince Rupert) or telling a lie. She chose the latter with devastating consequences. I hope that the reader ponders on as to whether it would have been better to break off her betrothal.   As it happens that is exactly what Prince Rupert did in order to be true to himself, an otherwise shallow character, thereby introducing a juxtaposition to the story.  Also,it is so easy to make wrong decisions. Prince Rupert ticked all the right boxes for Georgiana, but there is a vast difference when Georgiana listened to her heart, as she did when meeting Prince Omar, the dissimilarity between 2 dimensions and its third counterpart.

There is one answer to that, that love prevails. Georgiana, having discovered what love is, knew that she would not be able to accept another as her husband other than the man that she loved.  I hope that the story conveys to its readers the immense love that Georgiana has to offer, to her dying father, to her friends, to the animals that she cares for, to the people of her Kingdom despite not being able to receive the love she wants from Prince Omar.  Her ability to love outweighs her temptation to hate as shown by her reactions to the dastardly Uncle Bernard and allows her to overcome a natural inclination towards jealousy of Princess Roberta. Her capacity at making relationships with friends and strangers alike is the key to her success. Despite having to live with the consequences of her own actions and through great sadness, she makes the most of her time with the resources that she has available to her.  To Georgina’s credit, she has no problem in asking for help when she needs it, as shown by the teaching from Professor Jameson.  More importantly, she has an avid desire to learn about those things that she was uninitiated to or had previously found difficult.

It is natural for an author to draw on her own experiences, but Georgiana is too good a person for that! She is more of an inspiration of how to live through adversity without losing one’s own integrity.  As my younger self, I did have an extreme approach to telling the truth.  I guess this is why I wrote the story that when Georgiana told a lie the result was so terrible.  Perhaps the reader will question whether a truthful person telling a lie is worse than one that does not value honesty so much? It wasn’t until I learnt to accept grey into my life that my candour was not so pedantic.  I have to own up though, that I was never particularly good at maths and science but appreciate that a good teacher can work wonders!  This is why I just had to write the character of ‘Professor Jameson’ into the book, not only as an opportunity of presenting Prince Omar in disguise, but so that the reader can see Georgiana flourish with difficult concepts about the world around her; emerging as a knowledgeable figure head for the people that she would lead.  Likewise, I have written Prince Omar in this way, a character to be admired.

It really is an incredible feeling. It wasn’t until I received the final draft, digitally returned with the Europe Books logo and format, that I realised that this was really happening! The next experience came in the form of the front and back cover. I felt slightly embarrassed to see a picture of myself but thrilled nonetheless. However, that was nothing compared to holding and seeing the final product in its paperback version. It was 2 days after Christmas that I received a message to collect a parcel, from my local courier. The parcel was extremely heavy. I was worrying as to what purchase I had made through internet shopping! As soon as I was inside, I tore open the cardboard corner of the parcel and spied The Moon Ship packed in bundles of nine. It was a complete surprise. It was only then, with the door safely shut behind me, that my knees trembled. I shed a few tears of immense relief and joy; it had been a long process from concept to reality.  Despite the fact that both my parents have been long dead, I couldn’t help thinking of how pleased they would be, they had always taken an interest in my story telling.  I then called my cat, Ramses, and told him the wonderful news.

Yes, I have one that is being written in the genre of my love of adult historical fiction.  This is taking me rather longer than anticipated and is a harder discipline than writing for children.  The research can be particularly tedious as it prevents the flow of writing. So, if my current target audience like my writing, then I might try my hand at another story for this age group.  I have already made a plan, concerning a 10-year-old boy called Brian Brain.  Brian spends too long day dreaming at school, his dream is about an invention that he wants to build…It will be a story of how Brian intersperses his life with strong family connections with his mother, younger sister and grandparents after a little sadness had come into his life.  He does have an enterprising goal, and so with a similar theme to The Moon Ship, the question is, will Brian achieve his dream?

Europe Books thanks the author A G N EYELL once again for taking the time and answering our questions. We are really pleased to have walked alongside her on the editorial path that led to the publication of her book The moon ship.  We wish her the best of luck for her future works.

To you, my dear reader, I hope that you too can make your dreams come true with determination and without ever giving up in the face of distractions or complications that can take you away from the main road to reach your dream. Cultivate love and overcome hatred and all the negative energies it brings with it, and surround yourself with friends who can enlighten yourself on your path and not extinguish it.