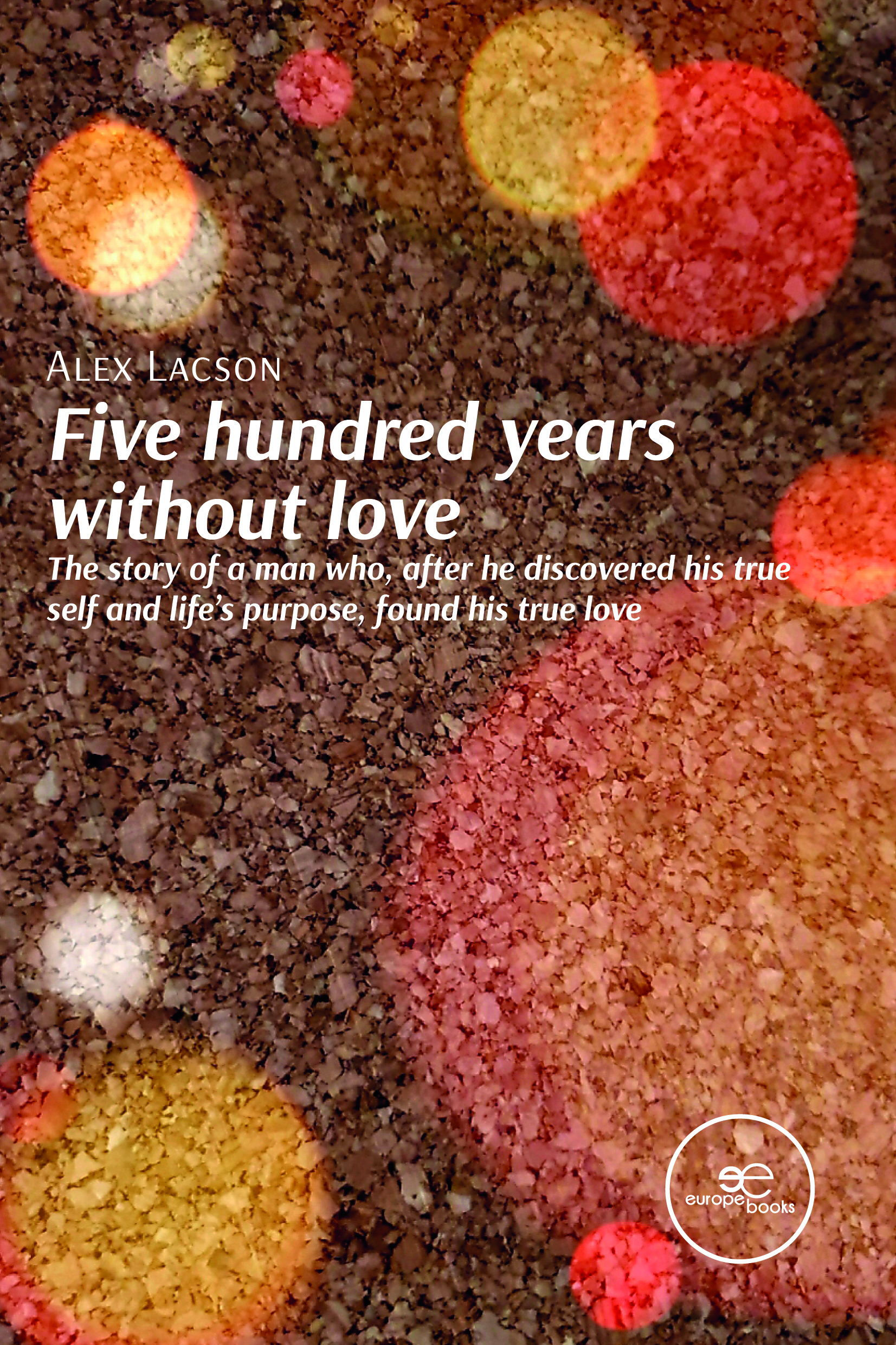 Today we talk about Five Hundred Years Without Love, a book by Alex Lacson published with our publishing house Europe Books.

Europe Books had the pleasure of interviewing the author Alex Lacson to get to know him better and what and who inspired him that led him to the writing of his book Five Hundred Years Without Love.

Jose Rizal’s famous book “Noli Me Tangere” (Touch me not) has always fascinated me. It was written over 100 years ago, but it still feels very relevant when viewed in the context of the challenges of our time. Jose Rizal is the national hero of our country, Philippines. He was executed by firing squad by the Spanish authorities that colonized and ruled the Philippines for more than 300 years. It was his book “Noli Me Tangere” which exposed the country’s social ills during his time, caused by the abuses and injustices of the Spanish rulers. Rizal’s book was a catalyst that drove the Filipinos to rise up against Spain. Around 10 years ago, after I ran for a national political office, I realized that many of our country’s social ills parallel the challenges of Rizal’s time. Against this backdrop, I decided to write this modern version of Noli Me Tangere, the story of a man’s pursuit of his love and his purpose in life. I tried to show in the story that social realities often complicate the characters’ search for meaning and mission in life. Many of the social ills presented in my book are universal as these are also prevalent in other countries, even in the developed world. In its core, my book is about love, how its absence can render a person’s life unhappy and miserable, and how the lack of love in the hearts of people, especially among leaders, can cause poverty and misery among many in society and the world.

Anton Hinirang, the main character, was once innocent and naive. But when his young love was taken away from him by the harsh realities of life, his being a nobody in their small rural community, he became broken-hearted and bitter. Anton left their place and ventured into the big city to look for his destiny. Through determination and hard work, he achieved a certain level of success as a lawyer. But he also became jaded by the realities of his time. However, a series of harrowing tragedies involving his father and two siblings, jolted Anton to his core. A crisis has a jolting power of awakening the true self sleeping within every person. It allows a person to see clearly what is important to him. A crisis can point anyone to a new and life-changing direction in life. This happened to Anton. The tragic deaths of his father and two siblings, caused by three different social evils plaguing their country, awakened Anton’s true self, which led to the discovery of his life’s purpose – to find a cure or remedy to the social cancer that is destroying his country and making many people suffer in poverty; the same social ills that killed his loved ones. Anton’s siblings are a central part of his story. The faithful but questioning Fr Jose, the resolute and courageous Teodoro who would take the law in his own hands, the persevering Josefina and tragic Phoebe – all reflected the struggles of a country mired in poverty and misery. All these would eventually lead to Anton’s finding his true love, the lost love of his youth who, after all these years, was merely waiting for Anton to find her in the jungle of the big city, although now sick with a debilitating cancer, but as true as ever. In the end, only love could transform despair to hope and rejuvenation. Marian, Anton’s lost love, would find redemption and hope in Anton’s healing love. Anton also believes that love is what will eventually cure the social cancer of his country. Love is the answer to most if not all of the social ills in any society in the world. Love has the power to make everything beautiful.

Desires and ambitions, unfortunately, are the engine of the world. In moderation, desires and ambitions are not bad – they fuel innovation and change. They only become bad in their extreme form, when they become greed and lead to concupiscence. Love is the opposite -its extreme form is self-sacrifice for the good of others. Love is the elixir that beautifies everything in the world.

Yes, as mentioned earlier, I was inspired by Jose Rizal, our country’s national hero, whose books awakened in us a sense of love, compassion, justice, and yes, nationhood. I was also inspired by Victor Hugo’s Les Miserables as well as Leo Tolstoy’s two great novels: the War and Peace and Anna Karenina. In fact, I found myself returning to those books from time to time while I was writing my novel. In Les Miserables, I like the redemptive power of kindness; how a simple but sincere act of kindness from a stranger can transform the hardened heart of an ex-convict to become an honest and compassionate human being. In War and Peace, the power of love to awaken a person to a new life was a theme that resonated with me. In my book, the redemptive power of love is a core theme. Despite all the ills plaguing us, I tried to show that love is the answer to most, if not all, of our problems in society; love as expressed in kindness, in compassion, in generosity, in fairness and justice. Love is what we need to build a better world for all humankind.

This book, which I first published in the Philippines last August 2020, is being received well in the country. It was featured many times by several newspaper writers and other media channels, including the CNN Philippines. One of the most popular newspaper columnists in the country, Solita Monsod, predicted that the book would become a bestseller. Due to the success of the book, I haveoften been invited to speak and share its message, particularly the solutions I proposed to our country’s social problems. I plan to continue this work, especially as we approach the national elections next year. I expect to be involved in the election campaign for the opposition, to discuss the issues and seek the change we so badly need. The campaign season will start next month, in October, although election day will be on May 9, 2022. I hope to continue writing and certainly plan to work on my next novel soon.

Europe Books thanks the author Alex Lacson once again for taking the time and answering our questions. We are really pleased to have walked alongside him on the editorial path that led to the publication of his book Five Hundred Years Without Love. We wish him the best of luck for this novel and for his future works.

To you, my dear reader, I wish to be overwhelmed by all the forms in which love finds its essence, which are narrated in the book Five Hundred Years Without Love!

So, my dear reader, enjoy your reading and give yourself a little bit of pure Love, even better, as much as you can!