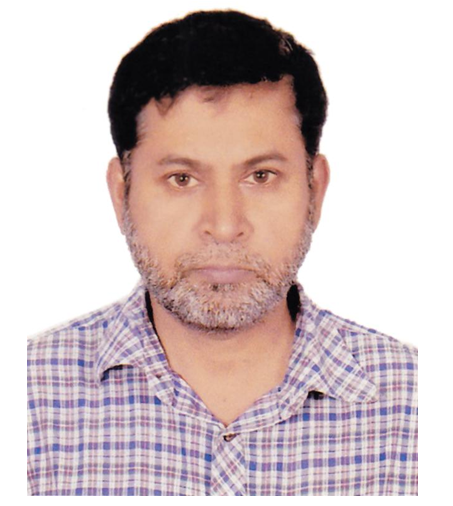 Today we talk about Forbidden Affair. A tale from Arakan, a book by Tarek Masud published with our publishing house Europe Books.

Europe Books had the pleasure of interviewing the author Tarek Masud to get to know him better, to discover how important are values such us freedom and justice to him, and what are the messages he wants to send out with his book Forbidden Affair. A tale from Arakan.

It does not matter what kind of political system a country has, if those who run the government are abusive, no system can protect the rights of the people, because there are loopholes in every system. Politicians, or in case of a military regime, the generals exploit the loopholes, and do whatever they want to do. They play the majority card to deprive the minority of their rights. No one is safe under this kind of tyranny. Human rights, freedom of press, living a life free from coercion, the right to disagree, these are found only in the official statements of the governments. This is one of the major themes of this novel.

The international organization which speaks on behalf of the Rohingyas, is actually the real perpetrator behind this tragedy. The UN with its veto culture has given birth to a trend which allows this kind of genocide to take place and continue with impunity. The perpetrators are protected by the veto power of their patrons. This is another major theme of this work.

No matter what, in the end, victims rise up from their ashes and speak up against tyranny. Dissenting voices cannot be silenced forever. Love and fraternity break down the wall that separates them. This is also a significant theme of this work.

I think my desire to live in a world free from fear, free from tyranny, free from institutionalized corruption, has found an expression in this novel. In my life, I have seen corruption and tyranny in many different forms. However, none are more corrosive for a society than the tendency to deny the rights of the ones we dislike. Too easily people are given to hypocrisy, in order to paint a rosy picture of their own self. This eats away the faith in the goodness of people, thus paving the way for a dysfunctional society. If we look at the world today, it is the product of dysfunctional societies at a global scale. As a result, we live in an Orwellian World, where the governments and the deep states are all powerful, dictating even the minute aspects of individual life. Democracy is everywhere, but democratic norms are nowhere to be seen. Dr. Goebbels would have been proud to see his legacy thriving, seventy five years after the collapse of the Nazi regime. This is the world we live in, and this is the world I would love to see disappear into the dumpster of history.

We must stand up for what is right, even when it means standing alone. We must defend those who cannot defend themselves, speak for those who have no voice. This is what makes us who we are. Hitler’s Nazi Germany, Benito Mussolini’s fascist state, Stalin’s repressive era, they are all gone, but the mentality that gave birth to these monstrous states, they are still with us. If they had been gone for good, we wouldn’t see what has been going on in Palestine, Syria, the entire ME, and the Muslim World in general. Those who claim to be the champions of democracy, prop up thuggish despots and terror outfits who have absolutely no regard for the rights of those they rule or democratic norms. These champions of democracy say those under the boots of their propped up despots are not fit for democracy; what they mean we all know. Hence, in many different parts of the world, in different forms, fascism has made a robust comeback. Even in the land of democracy, I see fascism spreading its tentacles. Therefore, there must be a concerted effort to fight fascism in all its forms.

Personal tragedies drove me to write. Lies, deceits, and betrayal, how they break down a family, this picture has been portrayed in my first literary work. Hence, my first piece of writing is autobiographical in nature. In my own family I saw Shakespeare’s “King Lear” played out. My father was given to flattery; in the end, this had a tragic consequence for him. Those he trusted with his life, turned out to be charlatans at best. Apart from that, my mother had a profound influence in shaping my destiny as an author. My mother was an avid reader; in my life, I met very few people with such profound love of literature. I believe I inherited this love of literature from her.

At the moment, I am working on my second historical fiction. I have always been profoundly fascinated by the lives of the ancient monarchs. Many are thrilled by their regal lifestyles; however, very few comprehend the uncertainty they faced, not from enemies living in faraway lands, but from those who were their blood lines. It’s very interesting how they dealt with those threats, and ruled their kingdoms at the same time. Having said so, I think I should also consider the trend of our time. Young people are attracted to writings focused on the future. I started my writing career with a contemporary piece of literature, then I went back hundred and fifty years, and from there I hurled myself into the Greek era. And now, like an arrow, I think it’s time to shoot myself into the future.

Europe Books thanks the author Tarek Masud once again for taking the time and answering our questions. We are really pleased to have walked alongside him on the editorial path that led to the publication of his book Forbidden Affair. A tale from Arakan. We wish him the best of luck for this novel and for his future works.

To you, my dear reader, I wish you not only to get involved in this love story and all the passion that comes with it, but also to reflect on the several themes the author wrote about, on a useful introspective journey.