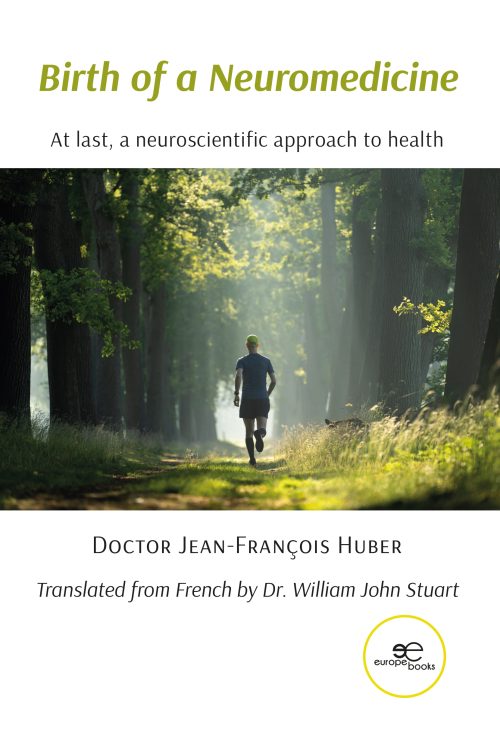 I took my time with my High School Diploma in hand to finally get admitted to the Montpellier School of Medicine.  I was a loner, thinking all the time, and my personality wasn’t very compatible with the usual university studies. I advanced with difficulty among academic structures, which were much too rigid for me. Then two major events occurred. I got married, and we had a child. I had no doubt about my choice, and I was very happy. These events opened for me a double role, that of student and head of a family, at 23 years old. I soon found work in a hospital as night nurse, of course. Everything interested me. I knew I would be a General Practitioner, a specialist in general medicine. I wanted to study the heart, the lungs, the gut, but most of all, be close to my patients. I was drawn to these fragile patients and the lack of stability put on display by their poor health. I was under the impression I was here to restore their autonomy. I wanted to give them back who they were. “We are going to repair it, but it’s up to you. It does not belong to me, but to you.” One day, at the Montpellier Hospital Psychiatric ward, they gave me a young boy to examine, a known violent psychotic patient. I found myself alone with him. My group of students stood behind a one-way mirror and watched us. At the end of the 20 minutes, when the session 17 was over, the Resident Doctor in charge of my group asked me, “How did you do that?” I already had the talent to speak gently but firmly, to approach a patient without fear. It was a fact that in the puritan conception of the world which I had, disease bothered me. I felt like I had to find a reason for the disease. There was little chance I would adhere to the official doctrines… Trained by my mother to make new out of old, I became a recycle doctor. Bring me your disease, we will make something new out of it. I worked in the hospital as nurse, house officer, and resident. In 1974, I was the night nurse for the first kidney transplant recipients… But it was really in 1976 in Palavas where my true medical adventure began

Today we talk about Birth of a Neuromedicine, a book by Doctor Jean-François Huber, published with our publishing house Europe Books.

Europe Books had the pleasure of interviewing the author Doctor Jean-François Huber, to get to know him better, what prompted him to the writing of his book Birth of a Neuromedicine, as well what he would like to hear from his readers.

I think that Neuromedicine is a way to discover two manners to care people. First you assist the body by a drug to act on the disease and his consequences or you stimulate it to find a response global as a new deal, the person finds in himself the way of health. It is a re-education very powerful by a response at three levels: local, medullary and central diencephalic. It is the response at chronic diseases which are in failure in our modern civilisation. It is also a manner to give a reunion between body and mind by action on the stress system on time. The consequence is the capacity of prevention that drugs can’t give.

I want to tell them that the universe of the medicine is not a single way. I try to give a modern vision of technical ways of care. The science is also in re-education as well as in drugs. This single way of care gives many echoic in pain first but also in neurosis that gives so much disease. They must discover that the Heath is also a personal project that re-education can help.

I was very inexperienced when I discovered that lassothérapie and wanted in the beginning to leave this experience. The results changed my medical vision and my life. But I saw that the manner of understanding re-education was a view from the 19th century. People and doctors see only the local response, I think that the important effect is the central action and to discover that a lot of us are exhausted, even young people, and that is the secret of chronic illness that drugs can’t change. Only re-education is successful by action on the sympathetic nervous system.

I am very proud and anxious. I feel like I am using a very big spear to convince of a new deal in medicine, but only patients have the solution for telling medical people about.

I have two books in project. First, I wrote for my patients, now I would like to convince doctors by more scientific speech, And after that, I want to work on the full persons. The mind disease are also the victims of an exhausted function in diencephalic brain, just as chronic body diseases which are often influenced by irresponsible.

Europe Books thanks the author Doctor Jean-François Huber once again for taking the time and answering our questions. We are really pleased to have walked alongside him on the editorial path that led to the publication of his book Birth of a Neuromedicine. We wish him the best of luck for his book and for his future works.

To you, my dear reader, I wish this book captures your attention and curiosity and allows you to know as much as possible about Neuromedicine in order to better understand its value and its functionality.

So, my dear reader, all I have to say is to enjoy your scientific reading!