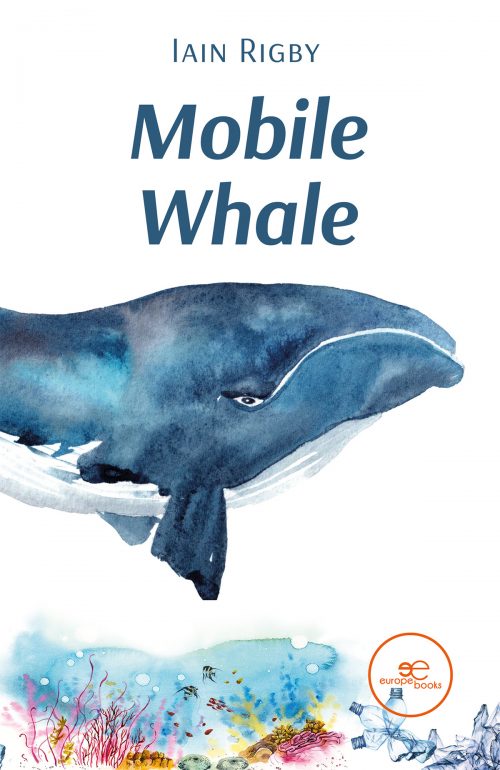 Blackheart had been leader of the group for ten seasons. Dozens of scars criss-crossed his body from challenges made by enemies he could no longer name. None had succeeded in defeating him; not even the Great White Shark was a match for his strength and cunning. Humans had given them the name Killer Whales. Blackheart liked that, except they weren’t whales at all and belonged to the pathetic dolphin family. Riptooth, Snagglefin and Whitetail were hungry. Snagglefin had gone ahead earlier to scout for food and was due back any minute. He was the weakest member of the clan, but the fastest, and his eyes moved constantly, even whilst resting. Riptooth, meanwhile, circled impatiently. Bigger than Blackheart, he was slow yet powerful. His temper always got the better of him and he would often lose his meal because of his lack of patience. Whitetail was new to the group, young and confident. Already a skilled hunter and well-liked by the others, he would soon challenge for leader, but not today. Blackheart would lead, and they would follow as Snagglefin returned. “Humpbacks,” grinned the whale.

Today we talk about Mobile Whale, a book by Iain Leonard Rigby published with our publishing house Europe Books.

Europe Books had the pleasure of interviewing the author Iain Leonard Rigby to get to know him better and where he found the inspiration to talk about marine creatures and their adventures in his book Mobile Whale. He also told us about the message he wants to send out to his young readers.

I’ve always been a bit of a daydreamer, which comes in very handy if you write children’s stories. Sounds corny, but ideas just pop into my head. This is great, but not always fun when you’re trying to get some sleep. For no particular reason, I was thinking about a Blue Whale who accidentally swallows a mobile phone. (Normal for me.) I also wanted my next story to include both human and animal characters. I quickly realised the story had lots of potential to explore different themes: friendship,technology, effects of pollution and the harm caused to marine animals. I was also very conscious to let the characters speak for themselves regarding their worlds and how it affected them. This is a terrific way for children to learn about the planet, albeit in a rip-roaring adventure.

I wanted to write a story which combined technology, humans and animals. Humans believe they are the greatest thing on the planet, which couldn’t be further from the truth. We are ‘the’ most destructive species to have ever emerged from the sea and it’s vital future generations learn to respect every living thing equally. If we don’t, we’re in big trouble.

Going out of your way and helping someone you’ve never met before is a big part of Mobile Whale. Working together is also very important. All the characters have different strengths and weaknesses they use to overcome challenges. Thinking about how our actions affect the oceans and the harm caused to animals was an underlying theme.

Seeing your book in print is a wonderful, albeit surreal, experience. All your hard work, sleepless nights, and countless hours sitting at your computer have finally paid off. You’re also still worried you might have missed a full stop or misspelt a word. What you really want to know is what the reader thinks of your work? When someone you’ve never met before tells you they loved the story it’s the greatest feeling in the world.

I’ve just finished my latest book, ‘The Gladiator and the Mouse.’ It’s set in ancient Rome and is about a gladiator, Valerian, who befriends a mouse, Felix. Felix dreams of becoming a gladiator who soon discovers it’s a harsh, unforgiving world. Historically accurate (apart from a talking mouse), Valerian fights different classes of gladiator each one specialising in various weapons: Retiarius, Secutor, Scissor and Thraex. Whilst Felix is training to become a gladiator, Valerian’s fights become increasingly deadly. Honour and sacrifice blend in a visceral, unforgiving tale as Valerian edges closer to his chance of freedom…… if he can survive long enough. I’ve also finished ‘All My Life,’ which is a book about my struggles with mental health from the age of 14 to the present day. It’s a candid, humorous take on depression, anxiety, stress and OCD wrapped up in a very serious message.I was inspired to write the book in 2019 after losing my job, which is quite a story.The book has 15 pen and ink illustrations and there’s even a word search. It’s also all true. Oh! Did I mention William & Reuben are planning to return in Bermuda Whale?

Europe Books thanks the author Iain Leonard Rigby  once again for taking the time and answering our questions. We are really pleased to have walked alongside him on the editorial path that led to the publication of his book Mobile Whale. We wish him the best of luck for this novel and for his future works.

To you, my dear reader, I wish that this book will let you think and reflect about how our actions affect the oceans and  the harm caused to animals. Please take action to give you support, it doesn’t matter if it’s big or small, and to respect every living thing equally, as the author recommends too!