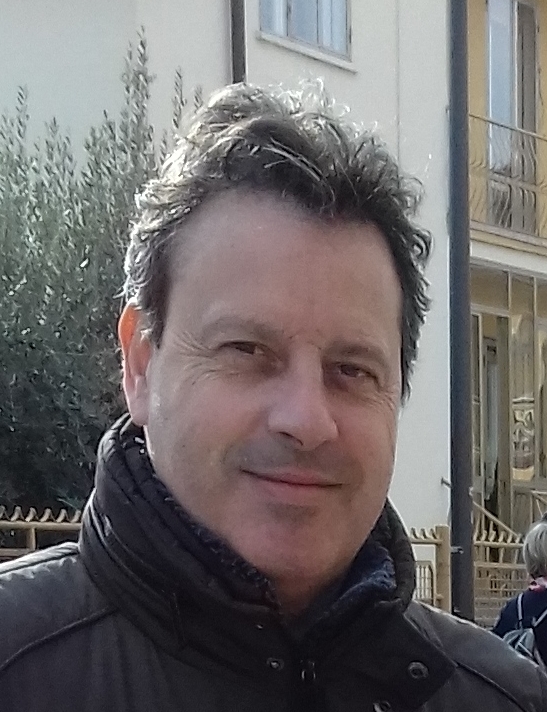 In order to understand our past, we can investigate it by means of geological formations, fossils and archaeological artefacts, as well as by making deductions about the nature and the behaviour of planets and stars. However, as we go further into the past, the less evidence remains and the fewer answers we obtain. But in this case, we still have a rich archive of old legends and traditions. The very old legends and traditions have now become rather unclear: the older they are, the less comprehensible they become. As a result, we started to classify them as myths and, because of their strong significance, some of these traditions were the origin of religious beliefs. These old texts, myths and beliefs need to be understood. Who are these gods and what were the events they talk about? First of all, we are finding more or less identical old legends and traditions, dispersed remarkably widely across the whole world. I say “remarkably” because they deal with texts from before the first-known temples and other structures. We would not expect our ancestors to have had the same stories and traditions all over the world, but they did. Either there were once advanced civilisations living together on a global scale, or our ancestors were talking about major events that happened all over the world. Or of course, both assumptions could be true.

Today we talk about The code of Hathor deciphered: The disastrous half-precession cycle, a book by Kris Van Den Driessche published with our publishing house Europe Books.

Europe Books had the pleasure of interviewing the author Kris Van Den Driessche to get to know him better, how he chose the title of his book The code of Hathor deciphered: The disastrous half-precession cycle, as well as his habits while writing.

Ancient stories are often incomprehensible, especially if they want to tell a real story that is totally unique and amazing. If it happens rarely, future people cannot understand it as they don’t know these facts and thus, these texts seem senseless. Moreover, those texts will also be translated and translated over again, and as they are not understood, the translations are even worse. Sometimes these amazing rare events are explained by allegories so that at least something may be understood by next generations. The Egyptian God Hathor represents in a very beautiful way this unique event of the precession cycle and precession catastrophe every 12,888 years in which the Earth axis tilts and causes a world flood. I cracked this code of Hathor.

I like studying anomalies of any kind in science and history. These anomalies exist in large numbers, so there must be always an explanation, and the explanation of an anomaly can give often a totally new look on the truth. In this way, I started to notice that there was something wrong about the traditional belief of our history in which everything changes slowly. There were thousands of real facts that didn’t suit with the modern theory. There were for instance sudden Earth axis tilts that caused of course world disasters. And if there exist sudden Earth axis tilts, which were repeating on regular base after large periods of time, there must be a reason for it. Science know about Earth axis tilts but cannot give plausible explanations as it seems too amazing. The most amazing that science would accept, isa meteor, at one hand because it has already been observed and cannot be denied, on the other hand,  so that we don’t have to be scared about it that it will repeat again. But it is not a reason of scaring us, but to find the truth about these regularly repeating Earth axis tilts. And the truth is a little scaring. So I wanted to study it deeply in a very professional way, but unfortunately science may not be ready in order to accept such a revolutionary event. So the best I can do in order to spread this knowledge is writing a book. In this way I did my job to explain this event and to warn for it.

As a Dutch speaking person, living in Italy and writing in English, was a little confusing. I checked everything I wrote hundreds of times, comparing with facts and modern science explanations, in order to be sure that I didn’t write something that is not true. It will be difficult to attack this book by scientific proofs. Only emotionally or culturally, it will be difficult to accept this totally new look of our history and our future.

Nice. The people of Albatros – Europe books are always available and friendly. Moreover, they try to help you a lot and they constantly come up with new ideas for putting your book in the headlights.

Not immediately. Such a work like “The code of Hathor”, one cannot invent every couple of years. One has to be lucky to find such remarkable findings and it takes years and years for studying and verifying everything.

Europe Books thanks the author Kris Van Den Driessche once again for taking the time and answering our questions. We are really pleased to have walked alongside him on the editorial path that led to the publication of his book The code of Hathor deciphered: The disastrous half-precession cycle. We wish him the best of luck for this novel and for his future works.

To you, my dear reader, I wish you to let yourself be intrigued by the amazing and rare events the author Kris Van Den Driessche described in his book.

So, my dear reader, I just have to wish you a good and pleasant reading!