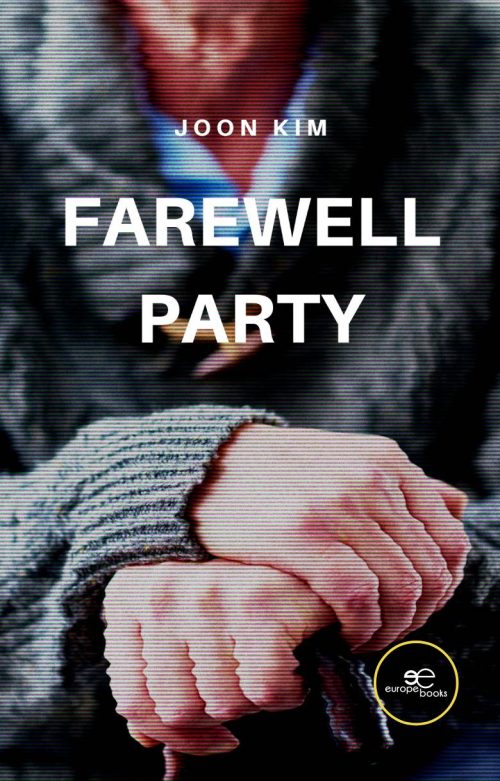 Today we talk about Farewell Party, a book by Joon Kim, published with our publishing house Europe Books.

Europe Books had the pleasure of interviewing the author Joon Kim to get to know him better, what prompted him to write his autobiographical book Farewell Party, as well as about his passion for Flamenco which he benefits from while writing.

Farewell Party, this autobiographical novel has the following story of facts as its motifs: the author’s grandmother died at the age of 20, leaving behind a one-year-old infant. Ever since he, as a boy, first went to the tomb where she lies buried, he has customarily been there with his father. His mother once told him the sad story of his grandmother. As he grew old, passing 75, and weak, he could no longer go up to such a high place. Strangely, the physical time in the high mountain has stopped its flow, and an aged man in his 70s commemorates a young lady 20 years old dead. Seen from a distance, it is a curious landscape. One day he performed a farewell ritual there, with two musicians accompanied. They played Daekumsanjo, a piece of traditional Korean music, and he said his last goodbye to her there. Now she is buried deep in his heart

As he writes this book, Farewell Party, he has no others except two readers in mind: one is his son, the other his grandson, and both live in LA. As they are far away from him, he can rarely meet them. And now he is too old. He wants his son to buy one copy to read and then keep it to pass it over to his grandson to read later. ‘Farewell Party’ is his confession to talk only to him. He expressed thoughts and feelings in his words without expecting any particular profit. He was rather indifferent to how many readers liked it. He enjoyed the process of writing. he liked to touch it with his hands. He hopes that someday his grandchildren will know that their grandfather’s grandmother died at the age of 20, leaving a one-year-old infant and so how lucky they are to be born into this world and, how precious they are.

If you look closely at a flamenco performance, you will notice the dance and song contain a dramatic element. Singer’s gestures and dancer’s movements are far from the classical art that we know. Their facial expressions and gestures have high internal tension. In addition, their momentary complete standstill, cutting off the movement flow, even with no breathing, deepens the performance’s tension and shapes the audience’s soul. In the early Spring of 2005, the author flew to Andalusia, Spain, to see and hear and feel only flamenco with the hope of expressing the emotional experience in his writing. Many years ago, he held Flamenco and pansori performances in the memory of the young dead shot to death in the protest demo against the election fraud in 1960. He was surprised to see the audience wholly captivated by the dance and guitar melodies, although the flamenco dance and rhythm were strange. This let him confirm that flamenco is universal beyond the locality.

It was such a long and breathtaking journey during the production process. I am proud that I had my book published by Europe Books. I loved the feeling of touching the book that finally had arrived at me. The book cover image gave me warmth and truthfulness.

I wish I could reach my next literary destination: Andalusia and Siberia.I wish I could be there to experience the Duende of flamenco in Andalusia. But I have no ears to understand the Gypsy language. I wish I could be there again listening to the Beethoven sonata on a grand piano in the cold Moscow station to wait for the trans-Siberian railroad train to Irkutsk. But I can neither read nor hear the Russian Language.

Europe Books thanks the author Joon Kim once again for taking the time and answering our questions. We are really pleased to have walked alongside him on the editorial path that led to the publication of his book Farewell Party. We wish him the best of luck for his book and for his future works.

To you, my dear reader, I wish you to immerse yourself in this reading, to be fascinated and intrigued by it, page after page,  and that it allows you to take some important lessons to take into your daily life.