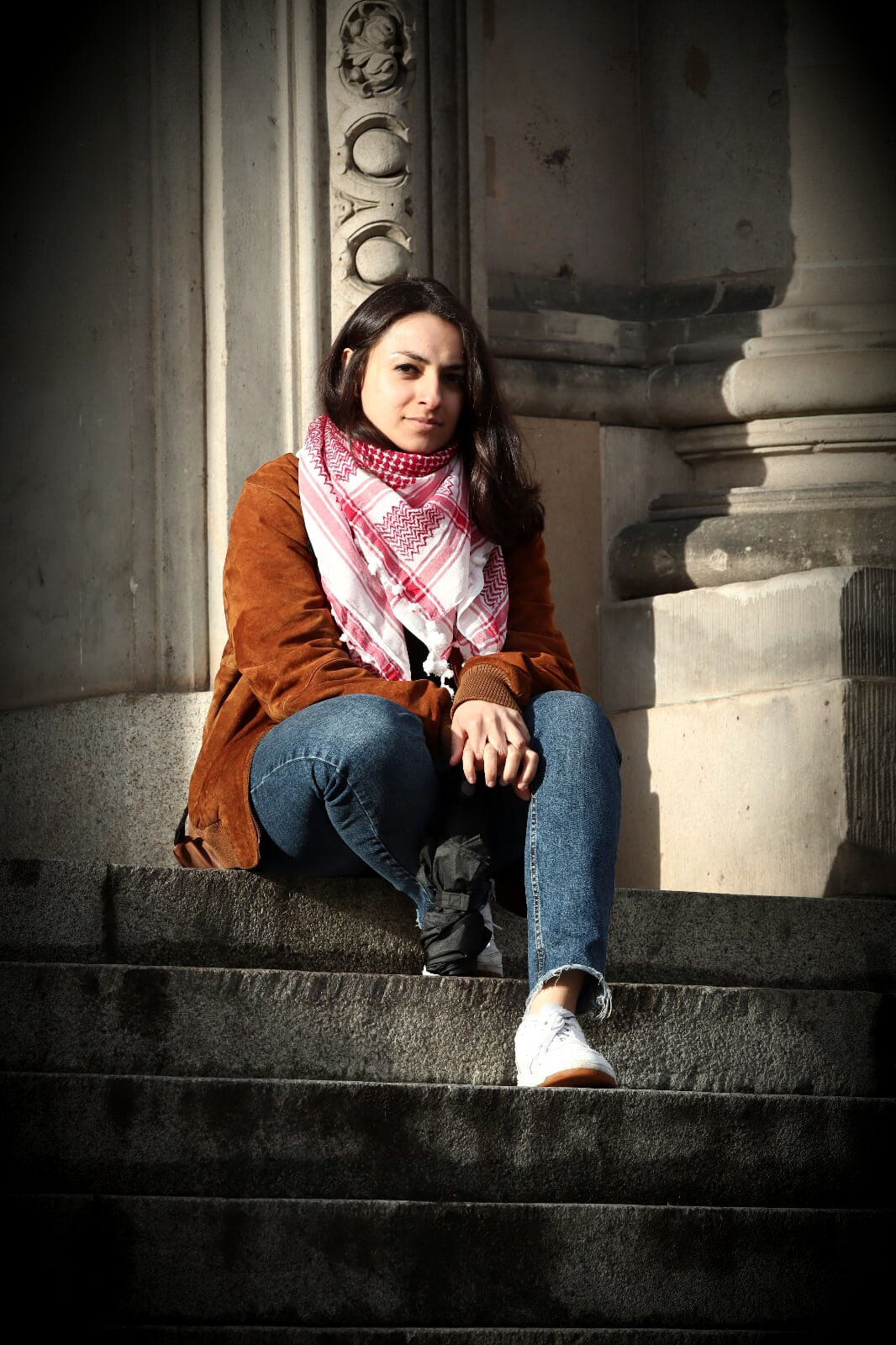 Today we talk about Returning from God to the Goddess, a book by Rania Alammar published with our publishing house Europe Books.

Europe Books had the pleasure of interviewing the author Rania Alammar to get to know her better and to discover what is the motivation that led her to the writing of the book Returning from God to the Goddess.

I can’t say that there was a one particular moment that motivated me to write my story with the Goddess as Diana, for every moment she was there in my life. She was in my past, now in my present moment and she will always be the writer of my moments, which falsely the Ego named Rania thinks she is the one who writes and takes the steps to verbalize what she feels about the source of life or the Goddess. Me as Rania I feel that the book was started to be written the moment I saw my first dream in 1997 which coincided with the time of the murder of princess Diana in Paris. Comprehending my dreams which started with archetypal universal images that corresponded with the mental religious images I was raised with, here I mean the images of who are called the 12 infallibles of the higher souls and their mother’s image Fatimah, was not an easy process mentally, emotionally and psychologically. In short the story was written as some sort of a fate and it appears gradually as I go on in my life meditating the meanings I receive internally and externally. So the moment I was motivated to write the book was holding in it all the moments of my communication and feelings of the Woman’s presence since 1997.

It is not about women as a gender but about humans who disconnected themselves from the feminine core of their existence. But naturally women, who represent this core, are not a real part of the monotheistic religions for they are founded by the negative masculinity, which is the commanding power that rules over our history and our lives in every aspect. Organised religion is a falsity that covered itself with spirituality by speaking about it while enforcing elements of fear in the heart of humanity. One of the deepest fears monotheistic religions have planted in our hearts, no matter women we are or men, is the fear of the feminine core and the source of life, that is why you will find a war on women in all of them while at the same time depend in their survival on praising the most honoured but covered female figures according to every culture they appear in. In my life’s experience as someone who was devoted to religion I think this is a deception. The falsity of the masculine negative mind tries to lay upon the source of life the female at the same time oppressing women so that they disconnect with the Goddess within them and rely on the minds of the men who created the false religious and historical events in the first place. I am not ignoring the beneficial aspects of what happened because I my self was communicated through these dreamlike religious images because they are actually universal energies that appear to the human in any form. I believe not only women but men also can be more as their genuine being which is part of the source itself by taking religion symbolically and not as rules that control their lives. Here women particularly find themselves in the process of knowing themselves away from the confinement of a belief system that ignores or insults their truth.

Believe it or not I never took interest in Diana until she appeared in my dreams in 2010. The effect of her first appearance to me was no less than severe in my heart. I felt I was in a sea of pure love I never felt before her appearances. This love’s source did not come from being inspired by a familiarity of her role as a beautiful princess or by her humanitarian work, it came directly from the deepest spot within my being, while I was totally oblivious of her life. This is not an exaggerated description; I was overwhelmed by the continues ecstasy whenever she appeared in my dreams and this joy of love was engulfing me for days and days after seeing her. After the first dream I googled her name and here I started to see her story’s details. What is amazing in Diana is her ability in keeping her simplicity and expressing her light and dark sides without fear of her positon. This is a very powerful thing though she appeared mostly fragile. She represented for me the concept of being yourself as a woman no matter what. She wasn’t afraid of love which we cloud it in our hearts by fear. At the same time, I feel she would have been more effective in representing this concept if there were supportive people around her, because I cannot imagine the difficulty she might have felt around the rigid masculine establishment. Yet, after understanding my dreams of her, to me she is not the princess but the image which was chosen by the Goddess to expose her existence to me and to communicate in a way that guaranteed my attention. Diana for me was the chosen woman as a representation of one of the Goddess’s names Diana, which is a sound vibration through which the form Diana was created in the world’s stage of life and personally as a mental emotional being who keeps teaching me from her realm.

I would really like for the readers to be open minded and to overcome the difficulty of accepting the story the way it is no matter how it comes from another way of life and from different perspective than the usual of spiritual experiences. I myself find it difficult to express the overwhelming meanings in this story but I feel I need to lay it down even if I needed to present it abridged to everyone to read about no matter how strange it is. I wish my book inspires them to express their own uniqueness because only then when we accept our distinctiveness we know we are the oneness we seek. I wish to hear their stories in their own ways also. I am a storyteller of the narrative which the feminine core conveyed to me so I have no right to keep it from people anymore because of my English imperfections or of me being shy or introverted in nature. I wish from the readers to enjoy it, to adore their own pure loving feminine core when reading my story with the Goddess, and to see how the layers of religion can be peeled to know the truth and to feel her within them in calmness and whenever their minds rest on her shores, for my story is only an example which is about all of us humanity and not just about me or Diana.

I wish to tell you a little funny story, when I wrote my manuscript I didn’t put in my mind that it is really going to be published because I did not have a good publishing experience with my first book and I remember how difficult it was to try to publish anything. I just started to write to document what happened and I put it on reading platforms without much hope. After a while I thought since I wrote it anyway why not sending the manuscript to publishing houses no matter what the result is, I was a bit doing it but not really doing it whole heartedly. So you can imagine my surprise when I got a call from Angelo Emo who turned out to be from Europe Books to tell me about what he thought of the story and how he was eager to choose it for publishing, we laughed because my first reaction was confusing since I said I was not planning for real publishing which is not something to say to a publisher and he noticed how I wasn’t really hopeful about it all but he encouraged me to see the opportunity at hand and I am happy that I chose to do it regardless of the outcome. Until now I cannot say anything about the results for the book is relatively new and it takes time for people to see it. For me, if it becomes known with Europe Books is important, but mainly internally just taking the step is something positive for me

Europe Books thanks the author Rania Alammar once again for taking the time and answering our questions. We really wish her the best of luck with her book Returning from God to the Goddess and for her future as a writer.

To you, my dear reader, I wish you a good reading, and please, keep reading with curiosity and with the desire to know what you don’t know, because each book has not only a story to tell, but also something to teach!

Europe Books Rania Alammar Returning from God to the Goddess