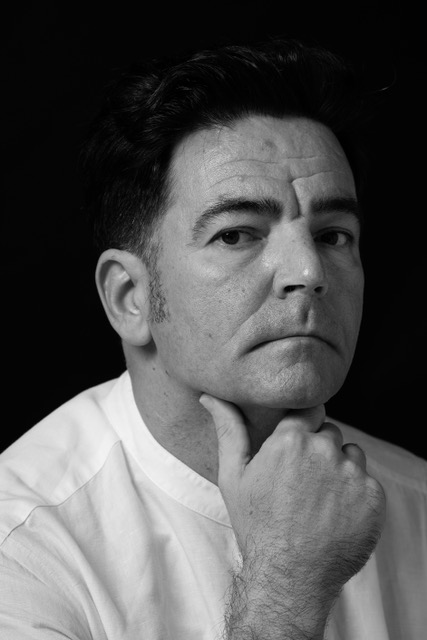 Today we talk about The city of Rope and other stories, a book by Alin Cristian published with our publishing house Europe Books.

Europe Books had the pleasure of interviewing the author Alin Cristian to get to know him better, to discover what are the four stories collected in his book The city of Rope and other stories, as well as the message he wants to send out to his readers.

The City of Rope is actually a collection of four stories in the genre of speculative fiction—phenomenological research conducted on specific situations and characters in pursuit of literary effects, most notably wonder. The first story brings into question the famous petitio principii and shows how a strong subjectivity turns itself into objective proof of being right by recourse to… self-sacrifice. Rope stands for the social bond—disparate semantic streaks entwined into a call that effectively pulls the characters through life and, alas, beyond it. The second story explores human touch and the bizarre transparence it lends flesh: aren’t feelings a wild, inchoate, primitive form of writing on our bodies coming from outside? An ‘it’s writing’ like ‘it’s raining’? The theme of corporeal transparence gets revisited in the fourth story, this time in visual register and within the framework of a symbolic exchange with the deep ocean. The latter doubles as planetary archive, not to say collective memory. What’s it like to be possessed by a god (etymologically, enthusiastic means just that)? Initially, the main character is not enthusiastic about her body but becomes so thanks to the quasi-angelic mediation of a bioluminescent turtle. The third story toys around with the idea of self-discovery through voyaging, obliquely hinting that the ancient Sphinx was in fact a personification of the long road toward oneself, and as such still stalking us from our mind’s blind spot.

I am primarily interested in conveying the wonder that accompanies a close investigation of the foundational beliefs subtending conventional understanding. When one starts digging this archaeological site, a labyrinth of passageways opens up for those in search of fresh connections and new games to play. Short-circuiting the routine circuitry of understanding can bring about a completely different organization and functioning of the world above ground. My literature puts existential hypothesizing in plain language and tests it on fictitious characters, situations, media. I want the reader not only to contemplate such parallel realities but also to feel them just one conceptual switch away from the familiar. If rewiring reality means rewriting its narrative, then writing boils down to digging long legible rabbit burrows out of the ordinary, some of these more inviting than others because lit from the other end. Inspired, that is. Literary space becomes a lab constructed after the deconstruction of conventional reality for the purpose of experimenting with life at lesser risk. Could the readers settle for a new (more alert, intense and rabbity) version of comfort without going all the way to Mars? I compete with Elon Musk at terraforming: he does Mars, I do… Terra.

For his elegant eloquence I look up to Edward St. Aubyn, although his themes are not mine and his Anglo-American philosophical affinities even less. Another major stylistic reference is de Montherlant. When it comes to content, my mental universe is cultivated through regular rereading of Kafka, Borges, Tournier, Dürrenmatt, Garcia Marquez, Mishima, des Forêts, Char, Gracq, Cioran, Valéry and Blanchot. The last name marks the highest level of intellectual sophistication known to me, but intimidatingly unattainable. In terms of voice, I aspire to a hybrid between Deleuze’s and Tournier’s, as I am formally trained in philosophy but incorrigibly inclined toward literature. The texts I wish had come out of my hand are Invisible Cities by Italo Calvino, Woman in the Dunes by Abe Kōbō and ‘The Den’ by Kafka. Plus very many poems that feel written by my hand grafted onto other, distant and yet fraternal, bodies. Ungaretti’s and Pavese’s, for instance. Overall, I owe most of who I am to the French belles lettres, the vast and bountiful field of which I never tire of toiling.

Fairly classical strategy-wise. Intellectually challenging, although every effort is made to maximize accessibility without sacrificing the intrinsically rough feel of novelty. Somewhat pedagogical if not paternal, since giver and receiver are distinct roles, not fused together in a ‘creative’ confusion. Point-oriented, which means feeling responsible for the trust and energy the reader puts in the act of reading. At the antipode of experimentalism à la Jarry, sterile journalistic renditions of “life just the way it is” (by the way, it’s never just the way it seems to be) or farcical bluffs like ‘The Sausage’ young Dürrenmatt treated us to. Testimonial, in that it proceeds like treasure hunting: the author, who hid the clues between the lines, has seen the treasure before publication and is answerable to the reader for the (false) promises made. Following me over 2-300 pages entitles one to get something well worth the trouble taken. A book that doesn’t make the reader want to reread it is not worth writing in the first place; my books want marriage, not one-night stands. I wouldn’t be surprised if, out of elemental solidarity, the ocean lashed at those who read me on the beach.

I’m writing another novel vaguely inspired by the year I recently spent in Cambodia. Its probable title Riverside names in fact a colourful district of Phnom Penh, where all sorts of eyebrow-raising encounters can be made. Accordingly, the narrative gravitates around encounters, as they occasion incognito exchanges of baggage between the participants. Thus, one ends up implicated in a clandestine traffic, or lottery draw, of new meanings that ultimately send the mind to as many openings in a given situation—potential escapes, ways out, but not for everybody. Hence, my renewed flirt with older obsessions: self-rebirth, passageways across the horizon, singing gorges, loquacious embodiments of monstrosity, and not least permeable layers of impossibility. This new narrative takes relative impossibility for a safety rail put in place by natural history—a move that allows me to contribute some reflections about nature. As teaser, here’s an excerpt from The City of Rope: “Shared intimacy is to me an experience akin to immersion—a bit like boarding a submersible. I don’t think one’s partner can be reached without first retreating within this conditioned bubble called self and designed to brave otherness.” (p.181) Well, rheology to down before the fireplace.

Europe Books thanks the author Alin Cristian once again for taking the time and answering our questions. We are really pleased to have walked alongside him on the editorial path that led to the publication of his book The city of Rope and other stories. We wish him the best of luck for this novel and for his future works.

To you, my dear reader, I wish you to enjoy the intellectual challenge the author launches with its way of writing and to transform it into something pleasant to read through!

Alin Cristian Europe Books The city of Rope and other stories